Russell Brand has revealed he would love to get into a ''serious relationship'' and start a family, but he is cautious about tying the knot again following his failed 14-month marriage to Katy Perry. 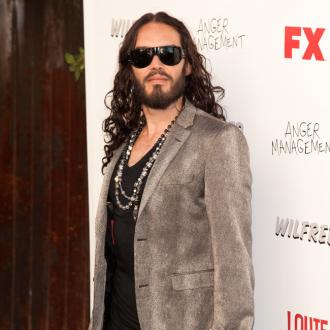 Russell Brand wants to have children.

The 37-year-old actor - who was married to Katy Perry for just 14 months before they divorced last year - would love to engage in a ''serious relationship'' and start a family, and admits he would consider tying the knot again, despite the ''hullabaloo'' from his first short-lived effort.

He said: ''I would like a serious relationship but I don't think I am sending the correct signals. I would like that. It's alright, the world of roaming promiscuity, but ultimately you want some babies.

''I would like a little one. I would possibly get married.

''Once you have done a marriage there is a lot of hullabaloo if it does not work out. I believe in romantic love.''

''And when you think of all the new sh*****s now like young Harry Styles and Doctor Who it is quite an achievement.

''I have sh***ed them all out of the business. It is a like a Muhammad Ali comeback. I have taken them all out.''