Russell Brand is reportedly working on convincing Jemima Khan to move to Los Angeles and live with him in the US, although his on/off girlfriend is uncertain about the idea. 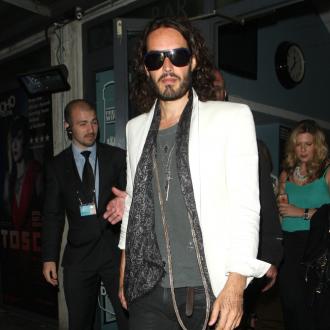 Russell Brand has asked Jemima Khan to live with him in Los Angeles.

The 38-year-old comedian wants to prove he is committed to his on/off girlfriend and has reportedly told her he wants her to move to the US.

A friend told the Daily Star newspaper: ''Russell finally won Jemima back after a rocky start and now he doesn't want to let her go.

''He's due to be back in LA before Christmas for work commitments and he wants Jemima to go with him so they can spend time at his place in Beverly Hills.

''If she likes it, he wants her to move there full-time with him. Russell ultimately wants them to divide their time between LA and London together.''

However, Jemima is said to be unsure about leaving the UK because of a ''whirlwind romance'', although a recent politically-fueled interview with BBC programme 'Newsnight' has helped his case.

The insider added: ''At the moment Jemima isn't mad keen on the idea of leaving her life in London on the back of a whirlwind romance.

''She told him so too, but Russ is making it sound like an incredibly attractive proposition. He's slowly changing her mind.

''Additionally when Jemima saw how passionate and informed Russ came across when he was recently interviewed by Jeremy Paxman she really started to imagine a serious relationship with him.''