Brits have voted Russell Brand as the smelliest-looking male celebrity in showbusiness, while Ke$ha topped the female poll following research carried out by the Panasonic Steam Washing Report. 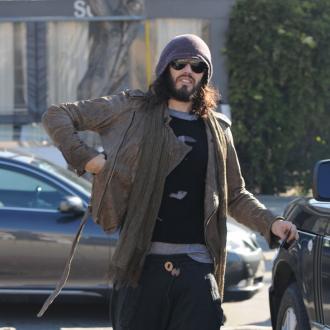 Brits have voted Russell Brand as the smelliest-looking male celebrity in showbusiness.

The 37-year-old comedian - who split from US singer Katy Perry in December 2011, just 14 months after they tied the knot - topped the Panasonic Steam Washing Report poll, which asked people from across the UK to name the celebs they felt looked the smelliest, with 35 per cent of the votes.

Pattinson's girlfriend Kristen Stewart - who admitted to cheating on him last year with her 'Snow White and the Huntsman' director Rupert Sanders - was third in the top five smelliest-looking female celebrities in showbiz.

Ke$ha and Britney Spears finished above the brunette star in first and second respectively, while Jodie Marsh and Helena Bonham Carter made up the top five.

The report was carried out to mark the launch of the Panasonic Steam Washing Machine, which uses Steam Action Enabled Technology.