Want To Shout 'Parklife' At Russell Brand? He's Just Going To 'Roll With It'

The comedian has said he might record the Oasis cover in response to ‘Parklife’ taunts.

It’s been a few days now and we’ve all had our fun shouting ‘Parklife’ at Russell Brand. But what does the outspoken comedian make of the joke, which started earlier this week on Twitter? Well luckily it seems Russell himself is able to see the funny side of things. 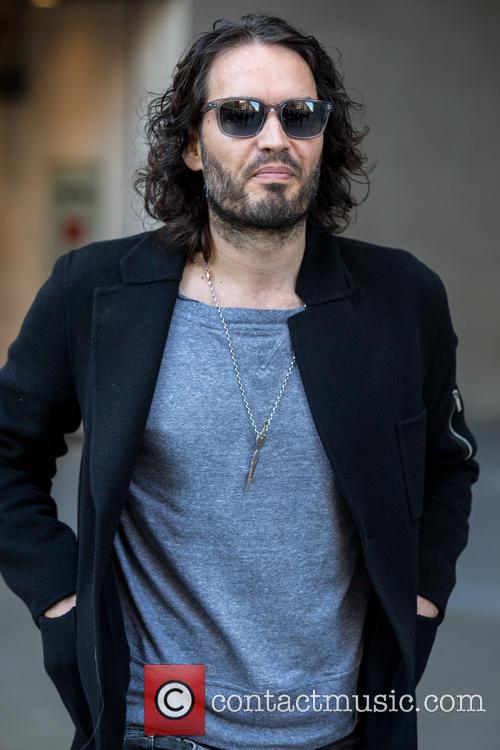 During an interview with radio station Magic FM the comedian told presenter Jo Parkerson, "I'm a comedian, and I make all my living out of mucking around and talking, and I've certainly tormented people in the past. So yeah, I don't mind that, I think - unless it's malicious.”

He further added that he was not offended, but rather was planning to team up with Noel Gallagher to record a version of Oasis hit 'Roll With It'. ‘Parklife’ singers Blur were famous for their chart battles with Oasis during the 1990s.

"I don't know Damon Albarn particularly, but I've spoken to Noel Gallagher and we plan to respond with a ‘Roll With It ‘single,” said Brand. “I'll say 'Roll With It' after every seven words."

Brand also pointed out that his old Radio 2 sidekick Matt Morgan, had first answered him with 'Parklife’ many years ago when he launched into a rant.

Aside from his political Revolution book, Brand has also just released a children's book which retells the Pied Piper of Hamelin story. The comedian will be performing the book in a live show at the Royal Albert Hall in London next week, a gig which he joked Noel Gallagher would not be attending. 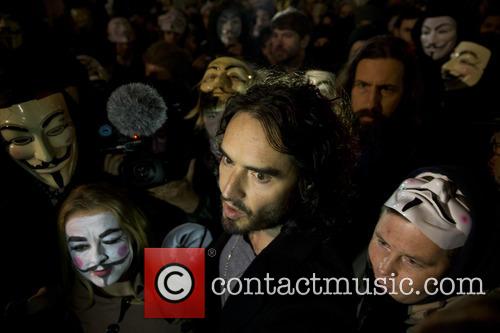 Brand during the 'million masks march' in London on November 5th

"I've not invited him, because he's not been supportive enough lately, " Brand said. "If he's seen anywhere near the vicinity, I'm going to have someone grab him by the eyebrow, tie a kite to it, and send him off into the ether."