Russell Brand Has Been Dismissed As A "Joke" By British Prime Minister David Cameron After The Funnyman Interviewed The Politician's Main Rival Ahead Of The U.k.'S General Election. 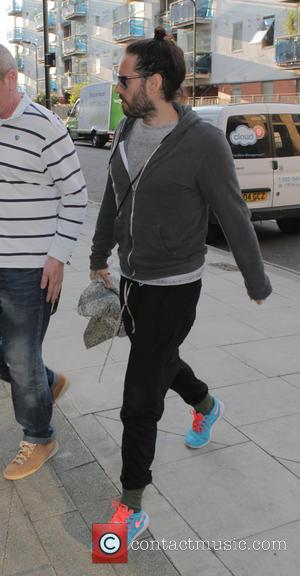 The Forgetting Sarah Marshall star was at the centre of a political storm on Tuesday (28Apr15) after a picture emerged online showing Ed Miliband, head of the Labour Party, outside Brand's London home.

It later emerged that the opposition leader had sat down for an interview with Brand as part of his election campaign, prompting a scathing attack from Cameron, who is fighting for re-election with the Conservative Party.

Miliband has since defended his decision to meet with Brand, who has previously called politicians "frauds and liars" and urged British citizens not to vote on polling day on 7 May (15), saying, "I decided that some people were saying the campaign was too boring so I thought it would make it more interesting."

Brand also hit back at Cameron by later posting a sarcastic message on his Twitter.com page, writing, "Don't be jealous Dave - I'll run into you at West Ham (soccer club) - when you're not busy with 'ordinary people'," and added a picture of Oxford University's Bullingdon Club. Cameron is believed to have been a member of the controversial high society set, which formed the basis for 2014 film The Riot Club starring Max Irons, Sam Claflin and Douglas Booth.