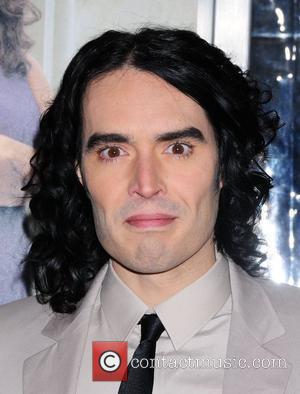 British funnyman Russell Brand failed to pass his driving test in his native U.K. because he was determined to learn while high on drink and drugs.
The comic, who spent years battling addiction before getting clean, recently gained a California driving licence after finally passing his motoring exam at the age of 35.
Brand first took lessons in Britain when he was a teenager, but never won approval of his instructors as he was always wasted when he got behind the wheel.
He tells TV host Piers Morgan, "Learning to drive back in the U.K. as an adolescent, it was such a challenging experience. Because I reasoned that as I would always be drunk or on drugs while driving, I should learn whilst in that state. So I would drink and smoke and get myself all crazy, and then wonder why I wasn't picking up the rules of the Highway Code."
Brand is adamant he's now a good driver, but his pop star wife Katy Perry has a different opinion, adding, "I say I am. Kate would say I'm not... I really take it seriously. I really sort of try and focus, check mirror, over the shoulder... I really try to accept that driving is not a medium in which to express your true nature."