Russell Brand: 'I Nearly Slipped Back To Drugs Hell' 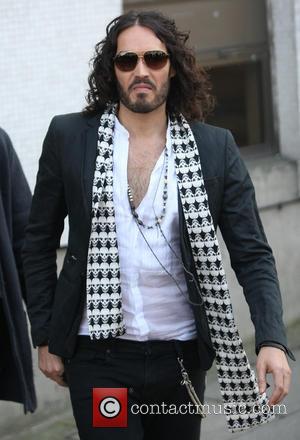 Reformed addict Russell Brand seriously considered turning back to drugs after receiving some shocking news from a female acquaintance.

The British funnyman has been clean and sober for more than a decade after spending years battling substance abuse, but admits he still craves heroin and crack cocaine in times of trouble.

In a blog posted online on Tuesday (05Mar13), Brand reveals he came close to crumbling after he received some shocking news from an unnamed woman.

He writes, "The last time I thought about taking heroin was yesterday. I had received 'an inconvenient truth' from a beautiful woman... She told me she was pregnant and it wasn't mine. I had to take immediate action. I put Morrissey on in my car as an external conduit for the surging melancholy and as I wound my way through the neurotic Hollywood hills the narrow lanes."

Brand admits he considered buying some drugs from a known dealer, but was saved by a telephone call to a contact who offers him addiction support.

He adds, "I think of places I could score (buy drugs). Off Santa Monica (in California) there's a homeless man who I know uses gear. I could find him, buy him a bag if he takes me to score. I'd leave him on the corner, a couple of rocks, a couple of $20 bags pressed into my sweaty palm... I am reaching for my phone.

"I call someone not a doctor or a sage not a mystic or a physician, just a bloke like me, another alcoholic, who I know knows how I feel. The phone rings and I half hope he'll just let it ring out. It's 4am in London. He's asleep, he can't hear the phone, he won't pick up. I indicate left, heading to Santa Monica. The ringing stops, then the dry mouthed nocturnal mumble 'Hello. You alright mate?' He picks up. And for another day, thank God, I don't have to."