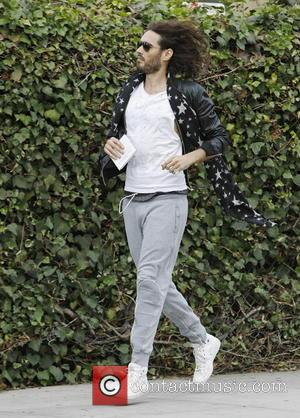 The funnyman fuelled rumours about the pair when he announced to Britain's The Guardian newspaper earlier this month (Sep13) that he was abandoning his womanising ways and "eschewing all others" to focus on one lady.

A week later he was spotted in New York City with the New Statesman associate editor, who has previously been involved with actor Hugh Grant.

But Brand has sparked rumours the relationship is over already by announcing he is single during the last show of the U.S. leg of his tour in Atlanta, Georgia on Saturday (28Sep13).

Brand told the audience, "I am currently single" before allowing fans in the front row to kiss and grope him.