The baby will not be raised 'gender-neutral'.

Russell Brand is usually very mindful of the worldly issues that are present in the world, but we're willing to bet that he hasn't thought much about the shocking US election results this week because he has just welcomed his first daughter into the world. 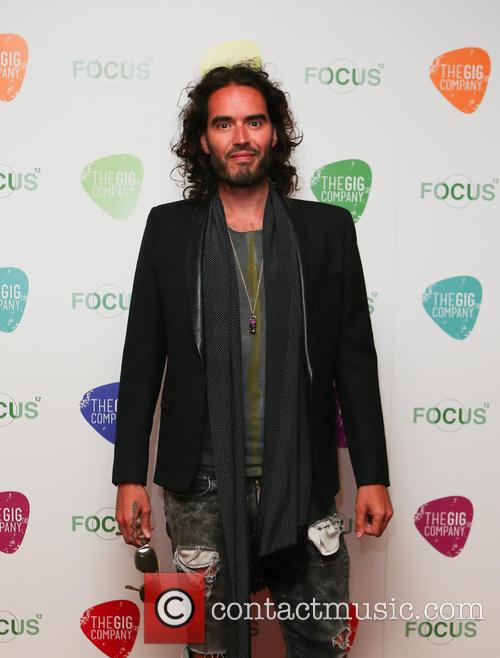 The 41-year-old comedian announced that he had recently become a father during a stand-up show on Sunday (November 6th 2016), and the word on the street is that that child has been given the name Mabel. Russell and his 27-year-old fiancee Laura Gallacher chose to keep the baby's gender a secret even to themselves until the birth, and now it seems the world has already found out that it's a girl.

Towards the end of his gig at the Nottingham Playhouse at the weekend, Russell explained that he had to shoot off quickly to be with the mother of his child. 'He was conscious of the clock and made sure he was off stage by just approaching 9pm as he 'needed to get down the f***ing M21 as my girlfriend has just had a baby'', a source told the Mirror at the time.

Recently, Russell joked on 'The Jonathan Ross Show' that he was thinking of raising his child 'gender-neutral', though if reports that he's called his daughter Mabel are true, it's likely that there was no seriousness to that remark. 'We don't know the gender. I may not even ever impose a gender upon it. Let the child grow up and be whatever the hell it is. Never tell it there's such a concept', he said.

The comedian, actor and social commentator is set to marry for the second time in his life to Laura Gallacher, having previously been briefly wed to popstar Katy Perry. He's well-known as Britain's biggest lothario, but it seems now that he has a daughter in his life, that image will soon be long-forgotten.