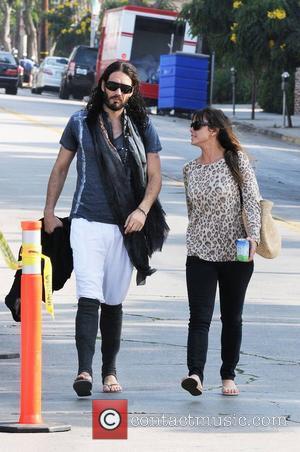 Russell Brand has come to his fellow comedian Dane Cook's defence after the Good Luck Chuck star made light of the deadly Colorado cinema massacre during an ill-advised joke at a stand-up show last week (ends27Jul12).
Twelve film fans in Aurora lost their lives on 20 July (12) when suspect James Holmes allegedly stormed into a midnight screening of The Dark Knight Rises and opened fire.
Despite the severity of the tragedy, Cook decided to poke fun at the shooting during a gig in Los Angeles last Thursday (26Jul12), telling the audience, "So I heard that the guy came into the theatre about 25 minutes into the movie... And I don't know if you've seen the movie, but the movie is pretty much a piece of c**p... I know that if none of that would have happened, pretty sure that somebody in that theatre, about 25 minutes in, realising it was a piece of c**p, was probably like, 'Ugh, f**king shoot me.'"
Cook found himself under fire from members of the public as a result of the insensitive gag, and on Friday (27Jul12), he issued an apology which read: "I made a bad judgment call with my material last night & regret making a joke at such a sensitive time. My heart goes out to all of the families & friends of the victims."
Brand, who is no stranger to controversial stunts himself, admits he has yet to hear the joke which landed Cook in trouble, but he insists fans shouldn't be so quick to turn on the actor as he is "a nice human being" who was only trying to do his job as a comedian.
Brand tells WENN, "Well, I think if someone's job is a comedian and they say something, like in the analysis of the content of their statement, you should recall the bit that they're a comedian... because I've noticed a lot of people sort of remove that from the analysis to sort of create some storm of condemnation.
"I don't know about what Dane Cook said, but I know that they are comedians (sic), and I know he's a nice human being, so I don't imagine that they had any intention other than to elicit laughter from their fellow human beings, as is their job.
"So I would imagine it was well intentioned, whatever happened. I don't think we should create a state where people are afraid to talk. That could have much worse consequences."
On Monday (30Jul12), suspected gunman Holmes was hit with 142 criminal counts, including charges for murder in the first degree, attempted murder and possession of explosive devices.