Controversial celebrity icon Russell Brand came in for some serious flak on Twitter after it emerged that he broke off from a protest on bonfire night to attend a celebrity-packed night out at the theatre. 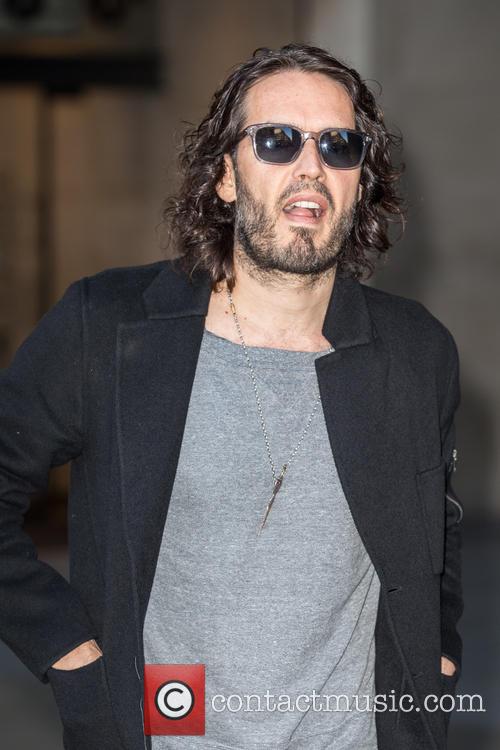 Users of the social media microblogging site dubbed Brand “the epitome of the champagne socialist” after he left the London branch of the ‘Million Mask March’ in Trafalgar Square on Wednesday evening (5 Nov). It was organised by anarchical protest group Anonymous which saw thousands of protestors wearing identical Guy Fawkes masks, like the ones made famous in V For Vendetta, voicing their opposition to capitalism and political oppression.

It turned out that he went to the West End later in the evening to be at the press junket of the new play ‘Made In Dagenham’, the stage musical adaptation of the 2010 film of the same name which starred Gemma Arterton and Isla Blair. Fellow comedians David Walliams and Jimmy Carr were believed to have been in attendance as well.

Brand appeared on BBC Radio 1 on Friday morning and spoke with DJ Nick Grimshaw about the events that night. “I went along before visiting the opening night of Made In Dagenham, my family are from Dagenham. I was in the difficult position of being at an anti-corruption, anti-democracy protest and then saying ‘my god, I've got to rush, I've got to be at the theatre.”

The protest, which started peacefully but eventually ended up in scuffles with the police and missiles being thrown, moved through Parliament Square, Buckingham Palace and other central London locations, bringing disruption to the British capital. Several arrests were made for various disturbances of the peace.

Brand, 39, has been making political waves since his infamous 2013 interview with Jeremy Paxman, in which he encouraged the British electorate to abstain from voting and advocated a ‘massive redistribution of wealth’.