Russell Brand and Geri Halliwell's romance is reportedly ''cooling off'' because he doesn't want to commit. 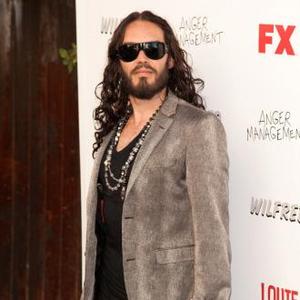 Russell Brand and Geri Halliwell's romance is ''cooling off''.

A source told the Daily Mirror newspaper: ''Geri was smitten but things have petered out a tad.

''He isn't ready to Settle down so soon after coming out of marriage, whereas Geri is probably more ready to have a relationship.

''She wants a [new home] and spent Saturday (01.09.12) dragging Russell around properties near Devon. It probably seemed a little much.

''Russell is a huge flirt and Geri won't stand for any nonsense - her friends are telling her not to get serious about him.''

Their split comes just days after Geri admitted the pair were dating.

She confirmed: ''Yes. It's been a whirlwind. Is he my ideal man? I'm choosy. I want someone who's trustworthy, sweet and kind.

''All I want is to be in a loving relationship.''