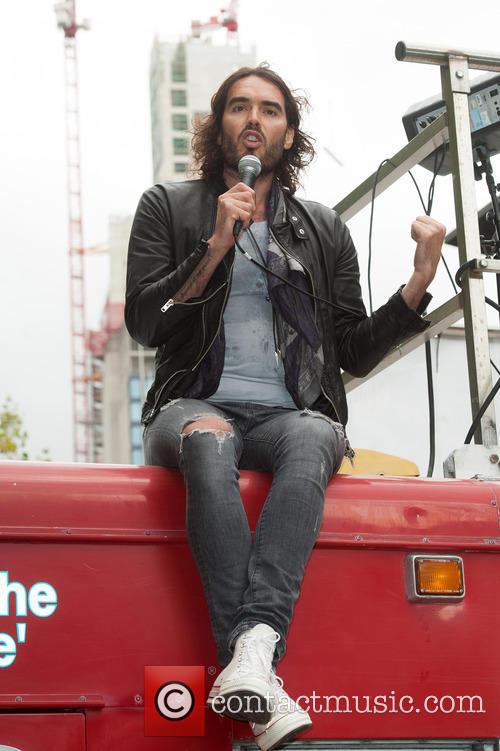 Russell Brand Parklifing his way through a speech in London

It was the following passage that journalist Dan Barker picked up on.

"This attitude of churlish indifference seems like nerdish deference contrasted with the belligerent antipathy of the indigenous farm folk who regard the hippie-dippie interlopers, the denizens of the shimmering tit temples, as one fey step away from the transvestites."

Barker wrote of Brand's tendency towards verbosity: "Russell Brand's writing feels like someone is about to shout "PARKLIFE!" at the end of every sentence." And that was it. Thousands of being shouting PARKLIFE! after anything Brand said on Twitter.

Blur's 1994 hit featured actor Phil Daniels delivering several verbose lines during the chorus, including, "Confidence is a preference for the habitual voyeur of what is known as."

Barker later told BuzzFeed, "Just as Craig David eventually found peace with his Bo Selecta taunters, I hope Russell Brand can eventually forgive me, along with Damon Albarn, Phil Daniels, and @paperclipracket who pointed out he'd made the observation before I did (his was funnier too)."

Brand recently released his latest book, Revolution, which calls for power to be handed to ordinary working people. Last week, the entertainer appeared on BBC Radio 4's show Start The Week, accusing UKIP leader Nigel Farage of being a "racist" and Prime Minister David Cameron of being "marginally" less prejudiced. Brand also defended his decision to call for people not to vote, despite getting criticism from the likes of John Lydon in recent weeks.