Rap mogul P. Diddy claims he is insecure - but thinks he is on his way to acting ''greatness''. 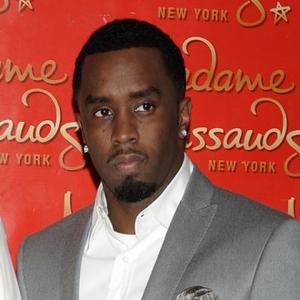 The rap mogul - who stars alongside Russell Brand in forthcoming movie 'Get Him to the Greek' - was amazed to be asked to feature in an episode of 'Inside the Actors Studio' because he didn't think his thespian talents were strong enough to be praised.

He said: "They have been calling me for the last three years to do it, and I was kind of nervous and said, 'I'm not at that level.'

"I'm looking at Meryl Streep up there, and Martin Scorsese, Al Pacino and Denzel Washington and Chris Rock. They were saying they wanted to take it from a different perspective of somebody on the rise. I appreciated that. After doing Broadway and now with 'Get Him to the Greek' coming out... the time is right.

However, Diddy - who made his film debut in 'Monster's Ball' in 2001 and appeared on the New York stage in a production of 'A Raisin in the Sun' in 2004 - thinks things can only get better for him after showing his comedic talents as a record label boss in 'Get Him to the Greek'.

He added to MTV News: "It was definitely challenging, but I had a breakthrough in this new movie. I have to admit, I just let go and I showed my a*s, people! It's funny.

"I'm not the greatest actor in the world, but I'm on my way to greatness!"