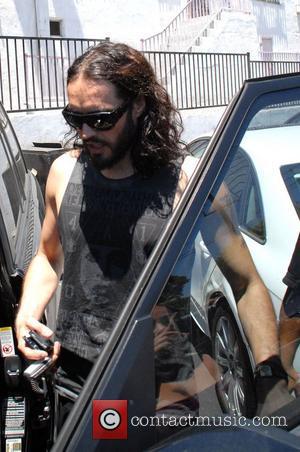 Picture: Russell Brand gets into his car in Sunset Plaza Los Angeles, California - 05.06.12,

Comedian Russell Brand will share the stage with Tibetan spiritual leader the Dalai Lama at an upcoming event in Manchester, England.
The Buddhist icon is to address thousands of young people at the Manchester Evening News Arena on 16 June (12) and Brand will join the religious figure as a master of ceremonies, the Tibet House Trust has announced.
The Forgetting Sarah Marshall actor was selected by trust officials as he turned to spirituality to beat his drug and alcohol demons.
The Dalai Lama's representative for Northern Europe, Thubten Samdup, says in a statement, "We are delighted to have Russell Brand as master of ceremonies for this once-in-a-lifetime event. Russell has demonstrated the power of spirituality to effect change in his own life.
"Change begins from within, from the grassroots up, one person at a time. So, in addition to meeting Presidents and Prime Ministers, His Holiness the Dalai Lama believes that it is essential to inspire ordinary citizens - especially young people - to find meaning and purpose in their lives."