Rockers Rush draw the biggest applause of a star-studded night

Rush were the undoubted highlight of last night’s Rock and Roll Hall of Fame induction at the Nokia theatre. Having been waiting for this moment since 1998, the band was finally invited in to the prestigious Rock and Roll Hall of Fame by way of people power. For the first time, USA Today reports, fans were invited to cast their vote on who should be inducted and Rush won, hands down.

The band was introduced by an incredibly enthusiastic Dave Grohl – frontman of Foo Fighters and former drummer for Nirvana. “From day one, the band built its following the right way,” said Grohl. “No hype, no (baloney), they did it from the ground up without any help from the mainstream press…Their influence is undeniable and their devoted fan base is only rivaled by the Grateful Dead. Look at you people, all of you people, right here! And their legacy is that of a band that stayed true to themselves no matter how uncool they may have seemed to anyone.” The band’s singer and bass player Geddy Lee thanked their fans for getting them into the Hal of Fame, saying “the most passionate, incredible fan base around the globe …for not only supporting and encouraging our musical progress over the years, but for the insistence of their voices, which has most certainly led us to this evening."

Other highlights from the evening include a performance of I Love LA from Randy Newman and a riotous medley of Bring The Noise, 911 Is A Joke and Fight the Power. 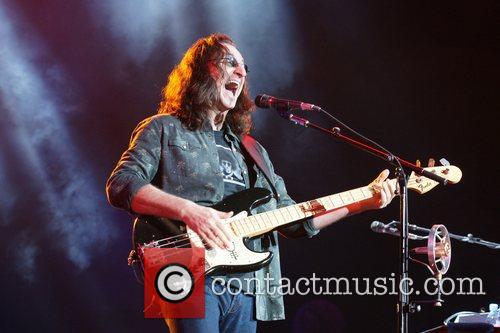