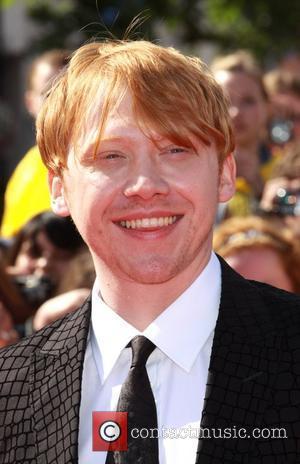 Actor Rupert Grint has set his sights on sharing a screen kiss with actress/singer Juliette Lewis after puckering up and smooching Harry Potter pal Emma Watson.
The castmates, who play Ron Weasley and Emma Watson in the Potter films, finally lock lips in the upcoming finale Harry Potter and the Deathly Hallows: Part 2, and Grint admits that now that kiss is over, he has his sights set on Natural Born Killers star Lewis.
He tells WENN, "I wouldn't mind a kissing scene with Juliette Lewis. I always found her cool; she's in a band."
And the young star is sure he'll remember that smooch, which is more than can be said about his kiss with Watson: "I've known Emma so long and we were both dreading the scene slightly. It was a challenge of making it believable as if we really wanted to kiss each other even though we really didn't.
"We did about four takes and I find it hard to remember anything about it; it was kind of erased from my mind. We had a good laugh about it, though."