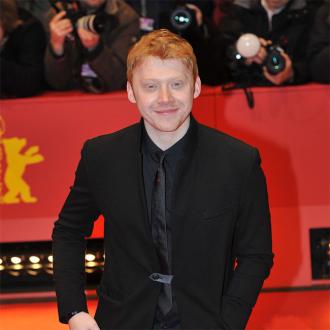 The 'Harry Potter' star claims his ginger hair and striking resemblance to the acoustic pop singer often results in confusion among fans especially after he landed a starring role in Ed's music video for 'Lego House' two years ago.

Rupert claims the mix-up has even left celebrities red-faced, including 1970's popstar Leo Sayer, as he explained: ''[Do we get mixed up?] Yes of course, a lot. People get confused all the time. One time I was at this Formula One race and Leo Sayer was there. There was definitely a kind of confusion because he came up to me and said how much he liked my music.''

The 25-year-old actor admits he was happy to pretend he was Ed, to avoid embarrassment, as he added: ''He was so convinced I was Ed, I just played along. Ha.''

While Ed has become famed for his guitar skills, Rupert admits he had difficulties playing the instrument, and resorted to playing the air guitar in his role as punk rocker Cheetah, of the Dead Boys in new film 'CBGB'.

He laughed: ''I can't really play the guitar that well, so I had to pretend, but that didn't matter, The Dead Boys were so sloppy, and they did so many drugs, I didn't have to be a good guitar player.

'CBGB' looks at the New York City punk-rock scene and the famed nightclub.