Actress And Singer Rumer Willis Has Delayed Her Broadway Bow A Second Time As She Continues To Recover From A Foot Injury. 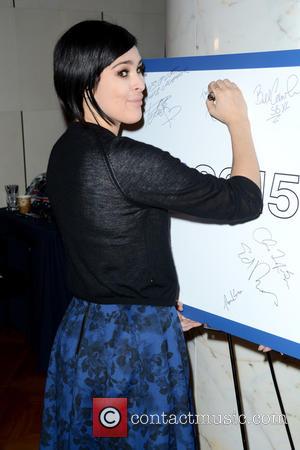 Bruce Willis and Demi Moore's daughter was set to hit the stage as sexy murderess Roxie Hart in Chicago from 18 August (15), but after suffering a stress fracture in her right foot in June (15) while performing in the Dancing With the Stars Live! Perfect 10 Tour, she was forced to delay the start in order to undergo "further rehabilitation”.

Rumer, who won TV talent show Dancing With the Stars earlier this year (15), was scheduled to make her rescheduled debut in the musical on 14 September (15), but just hours before she was set to take the stage, she revealed that her bow has been pushed back another week, and she now has a new starting date of 21 September (15).

She took to Twitter.com and wrote, "Just to clarify my Broadway debut in @ChicagoMusical is not tonight. It's next week... the opening was postponed an extra week because of my foot injury."

But the injury didn't stop her from celebrating the start of the new season of Dancing with the Stars in Los Angeles on Monday night (14Sep15) - she was there cheering on her former professional dance partner Val Chmerkovskiy.