The daughter of Bruce Willis and Demi Moore has really come into her own thanks to the dancing competition.

Rumer Willis was crowned the winner of 'Dancing With The Stars'’ 20th season on Tuesday evening, taking home the coveted mirrorball trophy with partner Val Chmerkovskiy. The daughter of Bruce Willis and Demi Moore scored a perfect 40 on the competition’s final night, thanks to her flawless foxtrot and paso doble fusion. 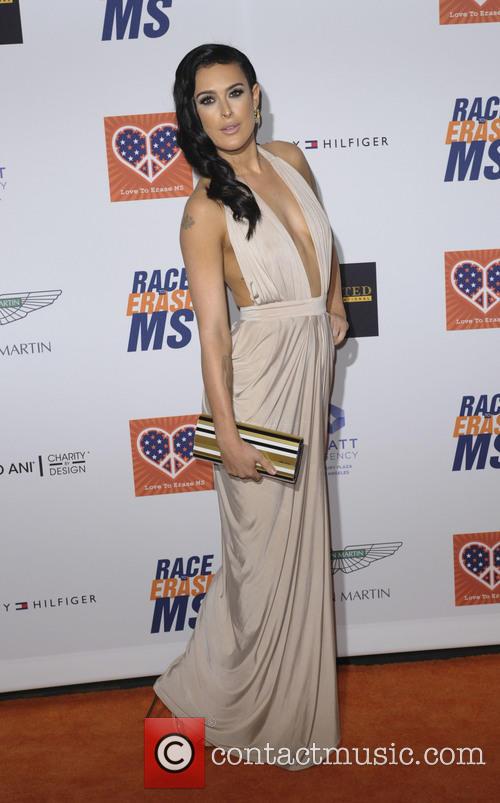 Rumer Willis is your ‘DWTS’ winner!

Judge Len Goodman praised the 26 year old after the final dance, telling her, “You are as good as anyone who has been on 'Dancing With the Stars'.” While dancer Julianne Hough said watching Rumer made her want to be a better dancer.

In second place came singer and actor Riker Lynch and his partner Allison Holker, who  were also awarded a perfect 40 for their salsa and quickstep. Former solider Noah Galloway finished in third place with his partner Sharna Burgess, after the pair scored 39 for their Argentine tango and cha-cha-cha.

More: Bruce Willis And Demi Moore Unite To Cheer On Daughter Rumer Willis During 'Dancing With The Stars' Debut

Rumer's win was a pretty big deal for the young actress and singer, who looked very emotional as she hugged her mom Demi Moore after receiving her trophy. But it was also a big night for pro Val, as after three times in the finals he finally came out on top.

Speaking to US Weekly after her win, Rumer dedicated the victory to anybody watching who has suffered from low self esteem or faced bullying. "Other than for Val and myself, that is who this mirrorball is for," Rumer told the mag.

More: Bruce Willis Is A Father-of-five At 59, Welcomes New Daughter

Rumer also said that she’s very close to her famous family and their support helped her get through 'DWTS'. "We've always been really close," Rumer said. "That's one of the beautiful things. They're incredibly supportive and so wonderful, and they are willing to come and support me and cheer me on in whatever crazy endeavours I decide to do!"