Demi Moore Was Initially Against Daughter Rumer Willis Joining U.s. Tv Contest Dancing With The Stars In Fear Of Her Receiving Harsh Criticisms. 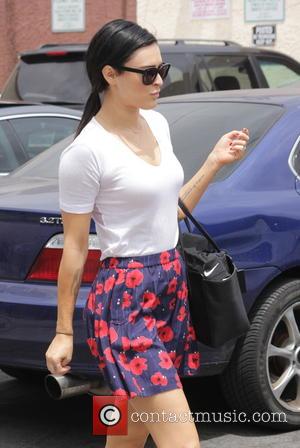 The Ghost star's eldest daughter with ex-husband Bruce Willis has made the cut to the semi-finals and is currently a frontrunner to win the ballroom dancing competition.

But Moore admitted on Monday's (11May15) episode that she was sceptical of Rumer's decision, especially after her unconventional looks had been a target of pointed barbs in the past.

Moore explained, "When she said, 'I think I wanna do Dancing with the Stars', my whole insides, I have to be honest, were screaming, 'no'."

However, seeing her 26-year-old daughter near the top of the leaderboard every week has reassured the actress that Rumer made the right choice, since the experience has not only helped her become a better dancer, but a stronger woman as well.

She continued, "One of the most beautiful things that I have witnessed is watching her passion become greater than her fear... It has nothing to do with her being my kid, or Bruce's kid. It has everything to do with just who she is."

Rumer's younger sister Scout added, "I've seen Rumer grow more since she's been on Dancing with the Stars than I have maybe in the past four years... It's really, really special that the world is falling in love with her."

Moore later said, "It's been incredible to watch. I'm truly in awe because she makes it seems so effortless. But I'm mostly proud of how hard she's worked, because she's given it 100 per cent and regardless of where it goes, that's something she will always take with her."