Rumer’s famous parents were on hand to show support for their daughter as the talent show kicked off its tenth season.

They've long been known as two of the friendliest exes in Hollywood, so it was no great shock to see Bruce Willis and Demi Moore reunited on Monday evening, as they supporter their daughter Rumer as she made her 'Dancing With The Stars’ debut. 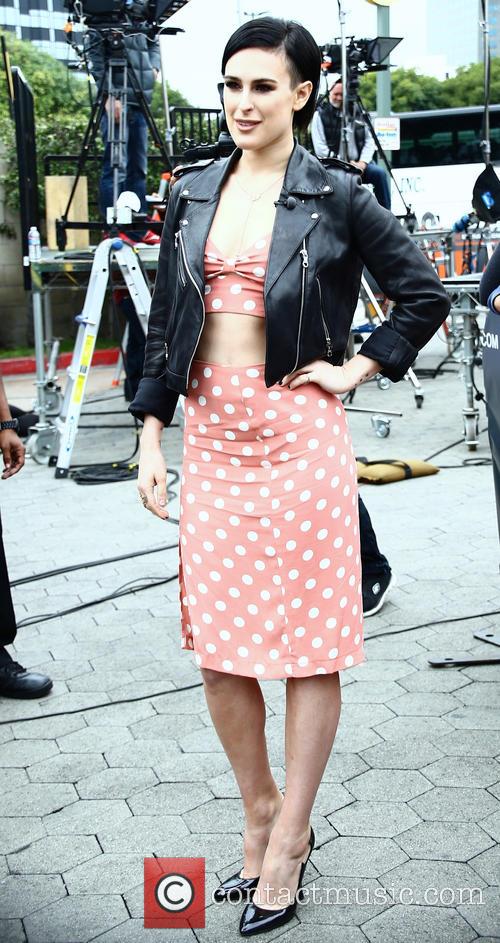 Bruce was seen on camera during the ABC show sitting in the front row beside wife Emma and daughter Tallulah, while his ex Demi and Rumer’s other sister Scout sat directly behind them.

26 year old Rumer had her first dance with partner Val Chmerkovskiy on Monday night’s season 10 premiere, wowing both the audience and the judges with her Foxtrot.

The daughter of Hollywood royalty and her partner were given the judges’ highest score of the evening for the dance, topping the leaderboard with 32 out of 40. Rumer later shared a picture of her combined score on Instagram writing ‘One of the best moments of my life w/ @iamvalc #TeamValenRue’.

Rumer’s performance impressed her mother Demi so much that she returned to Twitter after a two-year hiatus to tell her followers, "Been awhile but my baby girl @TheRue was amazing tonight on #DWTS so proud! Watch & vote!”

More: Bruce Willis Is A Father-Of-Five At 59, Welcomes New Daughter

After the show, the 26 year old singer and actress told FOX411 that she was “‘kind of on cloud nine right now’, adding that at the end of the dance, she had “that moment of realisation that it all worked out the way we wanted it to. It was kind of a blur but it was amazing.”

Rumer also shared that having both her parents see her performance live “was really cool.” While her partner Val added, “Her mom is very emotionally invested [in this]. She watches our live streams; she catches up on all the couples. She’s very competitive, which is great. There are a lot of things I didn’t know that she let me in on in terms of the competition.”