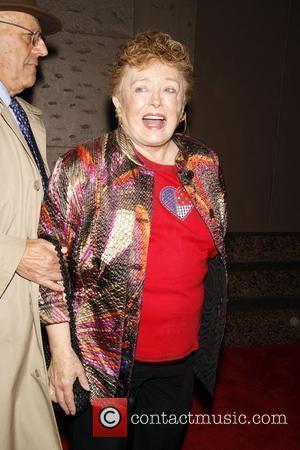 Late actress Rue McClanahan's New York apartment has been put up for sale following her death earlier this month (Jun10).
The Golden Girls star, 76, died at a hospital in the Big Apple, surrounded by her family on 3 June (10), and now her Manhattan property has been placed on the market for $2.25 million (£1.5 million).
Described as a "huge oasis", the three-bedroom property is modelled on a quirky design, and features a spice rack which opens a secret passageway to a bathroom and an office door which features an image of a naked woman.