The 'Waiting All Night' hitmakers are back with their second album, called 'We The Generation' and out in September.

British drum and bass group Rudimental have announced details of their second studio album, which will be out later this year. It will be titled We The Generation, and will be released on September 18th, 2015.

Consisting of fourteen tracks, the follow-up to their well-received 2013 debut Home will feature a galaxy of guest stars on vocals, including the late Bobby Womack on the final song ‘New Day’. The group also shared the first track to be taken from the new album, called ‘Never Let You Go’ which features Foy Vance on vocals. 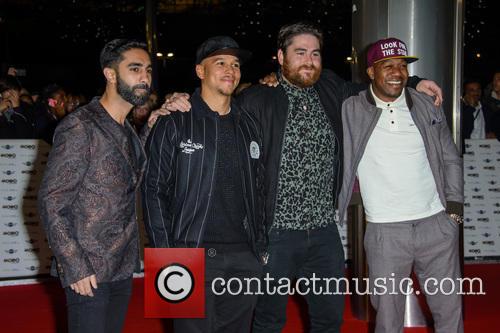 Other guest stars will include Ella Eyre (from ‘Waiting All Night’ on the debut), MNEK, Will Heard, Lianne La Havas and rising star Anne-Marie. The new album will be released on the group’s own record label Major Toms, in partnership with Asylum Records.

Home was nominated for the 2013 Mercury Music Prize, losing out to James Blake, but it was arguably the most commercially successful of the nominees, spawning two UK Number 1 hit singles in ‘Waiting All Night’ and ‘Feel The Love’.

Rudimental, made up of Piers Agget, Amir Amor, Kesi Dryden and Leon Rolle, will be making a handful of festival appearances this summer, including at Glastonbury in June and headlining Lovebox in July. They’ll also be presenting their own festival alongside fellow Brit danceheads Disclosure at Brighton, as well as supporting one of Ed Sheeran’s Wembley appearances on July 11th.

The full tracklist for We The Generation is as follows: