Annie Lennox Gets Married For The Third Time

Annie Lennox has defied her previous intentions never to remarry, and has remarried, reports Sky News.

The ceremony, which according to Lennox’s spokesperson was “a private ceremony with friends and family present," took place in London, on a boat on the Thames, with guests including Oscar winner Colin Firth and comic Ruby Wax. Her first marriage to German Hare Krishna devotee Radha Ramen in 1984 ended before it really began, and her second marriage to Israeli film and record producer Uri Frutmann also failed, despite the fact that they had two daughters before they divorced in 2000. Lennox had previously said that she’d never get married again, but love seems to have taken its toll, and the former Eurhythmics singer hasn’t even bothered to address her conflicting statements: probably because she doesn’t care. The Scottish Daily Record quoted a friend as saying, "She and Mitch (Besser) are probably going to get away for a few days" whilst on Lennox's Facebook page, she posted a photo of her white and pastel pink wedding flowers.

Lennox reportedly met Dr Mitch Besser in 2009 through his charity for which she fundraises. In 2011, Lennox received an OBE from Queen Elizabeth, not for her contributions to music, but for her charity work. She is a committed activist, raising money and awareness for HIV charities.

Annie Lennox has married for the third time, People Magazine have reported. The former Eurythmics singer married an American doctor, Mitch Besser. Both Mitch and Annie are 57; they tied the knot in London on Saturday September 15, in a private ceremony with 150 friends, on a boat on the Thames. Lennox is a committed activist and frequently campaigns to raise awareness and money for HIV charities. Dr. Besser is a Harvard educated gynaecologist, who founded the private, Africa-based organisation mothers2mothers, which is dedicated to reducing the transmission of HIV between mothers and their children.

Annie’s two daughters, Lola, 22 and Tali, 19 were bridesmaids. The bride reportedly wore a long white gown with a lace bolero shrug and a 1920s style headpiece. Their wedding guests – including Ruby Wax and Colin Firth - were then treated to sushi and mini roast puddings, followed by mini fruitcakes. A friend of Annie’s told the Daily Record “Annie doesn’t go in for all the celebrity photos of a big showbiz wedding. She and Mitch are probably going to get away for a few days.” She had previously said that she wouldn’t marry again as she “didn’t see the point of it.”

The couple met in 2009, through the work of his organisation and in 2011, Annie was awarded an OBE from Queen Elizabeth, for her charity work. Her music is equally well respected and Annie recently had an exhibition dedicated to her work, at the prestigious Victoria and Albert museum in London. Her agent confirmed the news of the marriage in a short statement. 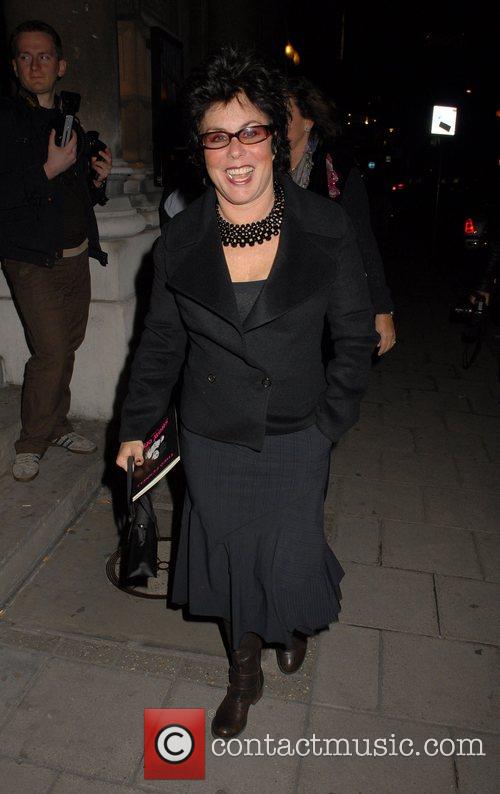