The 'Orange Is The New Black' actress attacked PM Tony Abbott in an interview last year over his stance on same sex marriage.

Ruby Rose has apologised to the Prime Minister of Australia Tony Abbott after describing him as a “bigot” in an interview last year.

The 29 year old star of hit comedy ‘Orange is the New Black’ made the remarks during a frank interview with British magazine Diva back in 2014 concerning gay rights in her home country of Australia. Abbott had recently made headlines regarding his firm stance towards same sex marriage rights. 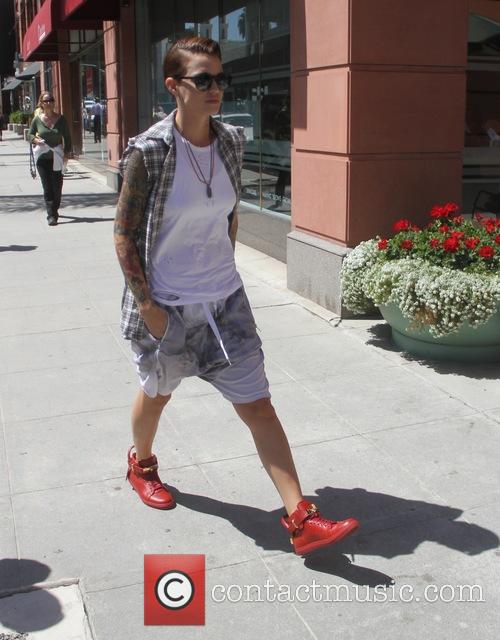 “Don't get me started on gay rights back home! Our Prime Minister is a sexist bigot,” Rose said scathingly. “So equality is going to take some time.”

She had also previously called him out on Twitter, writing in 2013: “You are like a drunk moron who spills out of a pub and spews on the ground. You are that spew. That spew is you.”

Nearly a year after that incident, Rose expressed regret at making those comments when asked about what she felt her biggest social media gaffe had been in a new interview with Details magazine.

“Going head-to-head with the Prime Minister of my country a few years ago. I didn't mean to do it and I woke up and it was all over the news and it was like a very big deal - it was all over the papers.” She then turned to the camera and said “I'm sorry. It was about gay rights but it didn't need to get that big.”

Rose is engaged to British-born Phoebe Dahl, who is the granddaughter of the legendary children’s author Roald Dahl and the cousin of model Sophie Dahl. She has frequently used her media prominence to promote same sex unions to be recognised by law.

More: What you need to know about Ruby Rose, the latest star of ‘Orange is the New Black’