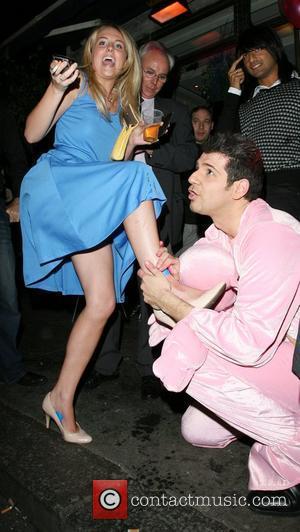 Picture: Emily Parr is patched up with plasters and TLC by Gerry Stergiopoulos after she cut herself smashing plates Greek style 'Think Pink' party at...

TLC star Rozonda 'Chilli' Thomas deeply regrets her guest appearance on the hit sitcom THAT '70S SHOW - because she resented having to dress up in a sexy nurse's outfit.

The WATERFALLS singer, ex-girlfriend of Usher, appeared on the show in 2003, alongside series regular WILMER VALDERRAMA - who she insists resembles former CHiPS star Erik Estrada.

But what Thomas believed would have been an enjoyable experience turned into a nightmare when she arrived on the set.

The sexy singer, who poses in a range of skimp bikinis in the October (05) issue of Maxim magazine, tells the publication, "I was on That '70s Show as the sexy nurse. I like that show, but I hated my character. I was like, 'I will never do anything like this again in my life. I feel crazy.'

"I can't remember the guy's name on the show, the little guy who looks like the dude from CHiPS? He was dreaming in the hospital and I was the sexy nurse. I said yes before I saw the script. Then I was like, 'Oh, what do I have to wear?'