When you can be bothered to find out, it usually transpires that someone who says they have such weird and 'out there' tastes rarely does; they might just be the one member of their family that can't tolerate the X-Factor. When people tell you they're 'crazy' they are usually anything but. Eating marmalade and tuna sandwiches is merely bad taste. So when Pop/Rap stars adopt a descriptive moniker can we trust in the tag? Have they earned it or is it merely aspirational? Is Rowdy Superstar just that... or is he all hype using a smoke screen to disguise the sad reality? 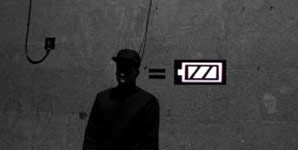 Effective posturing is a given if you are to standout and succeed in today's ferocious and fickle market place. A certain attitude, nonchalant swagger and arrogant manner tied to a ragged charm are almost a must to complete a marketable package that a street savvy audience will appreciate and connect with. The nice boy next door act rarely has longevity built-in.

So brand name and image sorted, what about the product? Well Rowdy Superstar's debut album 'Battery' is not entirely an easy sell. His Mum may have helped in the naming of this act but Rowdy hasn't necessarily done himself too many favours with the eclectic content of the 11 track set. He may take pride in the fact that he "wilfully rebels against preconceptions to create music that transcends trends and guidelines" as he belts out "No genre can contain me" but therein lies a slight issue. In mixing it up and refusing to restrict himself to some format or structure to give a cohesive feel he also challenges the listener to connect throughout and enjoy the whole experience.

'Battery' is certainly full of creativity and could never be accused of being mundane or boring but it doesn't entirely work when played together. In some ways, it's a little like a collaborations album by your favourite singer where he or she is occasionally joined by some group you've never liked particularly or where they duet with some little known artist on a project that should have been avoided. Singer/Rapper and producer Rowdy is the constant throughout here but the random nature of the edit makes it harder work than necessary.

When Rowdy gets it right is where he takes a harder, more aggressive approach. '1 2 3 4', for example, is a filthy mix of Marilyn Manson, Busta Rhymes and The Sid Presley Experience and is unapologetically brutal. Similarly 'B.O.Y' gets right 'in yer face' with a claustrophobic mix that alternates effectively between the agitated chorus and gentler narrative verses all under scored by 80's synth touches and numerous percussive layers. The more considered 'War' with its looping hooks and understated production is also a triumph of content over style. Even the dirty beats of the brief but provocative opener 'Brave' highlight Rowdy's potential.

Where the album goes off the boil is where Rowdy tries to be a little too clever. '?uestions', a near Dub journey into paranoia and retrospective recollection, is tortuous (Who knows, this may have been intended) and 'Never Let Go' sees Rowdy try a mix somewhere between Metronomy and Calvin Harris but he never quite pulls it off. The Prince (A cited influence) touches persist within the social commentary of cyber virtual reality tune 'Phantom Wifey' where the mock conversational interaction and Rogers Nelson like falsetto set against semi industrial backing is lost in translation. There are no disasters here, just tracks that have a few too many shortcomings.

Perhaps the most appealing, crowd pleaser here though is the tick box appeal of the ridiculously catchy 'Get Your Shizzit Right'. Rowdy blends just the right amount of humour with edgy pop. Were Dizzee Rascal, The Specials and Smiley Culture ever to have cut a track it may have sounded like this. The playfully constructed rap and darker undercurrents blend well together to create a fusion of schizophrenic sounds.

So all-in-all, Battery is more hit than miss. There is more than just idle posturing and ill-conceived intent. This debut album has individual moments that showcase a raw talent that has much to offer and no lack of enthusiasm to share it. As to the initial question: Rowdy Superstar? Probably, and quite soon. 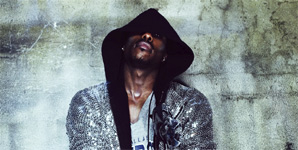