Girl Meets World Actress Rowan Blanchard Is Hoping To Spark A Change In The Way Her Fans View Feminism After Penning An Essay About The Importance Of Equality. 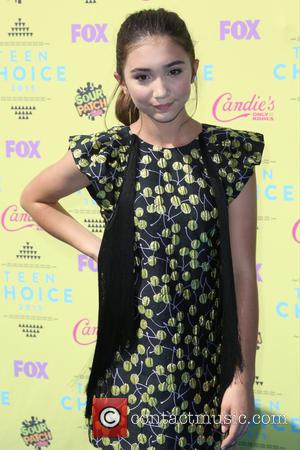 The 13-year-old Disney channel star hit headlines on Sunday (23Aug15) after a fan on Tumblr.com asked her about her opinion on the term "white feminism", suggesting it might exclude women of colour and transgender women.

Blanchard, who spoke at the United Nations Women's annual conference about gender inequality earlier this summer (15), wrote back, "This is such an important thing to be discussing. I have made a very big point at making sure my personal feminism includes everyone- and educating myself and discussing these topics have really helped.

"Issues that are commonly thought of as feminist issues include sexual assault, rape, abortion, Planned Parenthood, domestic violence, equal education, and the wage gap... However, with as many issues as feminists have succeeded in adopting, many of us seem to have not accepted the fact that police brutality and race issues are our issues too.

Blanchard also went on to praise her friend and The Hunger Games star Amandla Stenberg, 16, for accusing some white pop stars of appropriating black culture, adding, "To only acknowledge feminism from a one sided view when the literal DEFINITION is the equality of the sexes is not feminism at all. We need to be talking about this more. Discussion leads to change."

The teen actress received praise for her comments from Harry Potter star Emma Watson, who is an ambassador for the UN's HeForShe campaign.