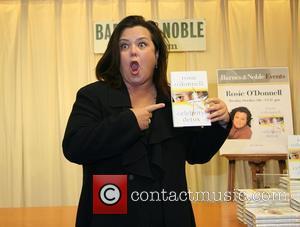 ROSIE O'DONNELL has apologised for comments she made on The View talk show about China which have been branded as racist.

Following an uproar from Asian groups within America, the 44-year-old actress felt compelled to comment on it on yesterday's edition of The View.

"This apparently was very offensive to a lot of Asian people," she said.

"I never intended to hurt anyone, and I'm sorry for those people who felt hurt or were teased on the playground."

But it seems as though the apology has not gone far enough in some quarters. Unity: Journalists of Colour has called for the show's producers to condemn her comments.

A statement on the group's site said: "When one of the co-hosts demeans and mocks the language of an entire race of people on national television, it warrants an explanation by the show's producer at least, and by the network at most.

"By allowing O'Donnell's cheap jab at Chinese Americans to go unchecked, the network is essentially condoning racial and ethnic slurs."