ROSIE O'DONNELL's Daughter Has Broken Her Silence Following The Drama Surrounding Her Decision To Leave Home, Revealing The Actress Asked Her To Go. 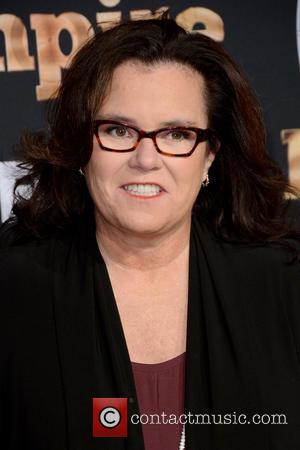 O'Donnell reported her adopted daughter missing in August (15), days after the then-17 year old left home with her pet dog. Chelsea O'Donnell was found hours later at the home of alleged heroin addict Steven Sheerer.

She has since left home for good and is now living with Sheerer, her boyfriend, in New Jersey.

Opening up about her troubled relationship with Rosie, the teenager tells the Daily Mail she left home when her adopted mum told her to.

A representative for the actress and TV personality tells People magazine the situation with Chelsea is "heartbreaking on every level".

Chelsea also dismissed claims made by Rosie's representatives when she was reported missing that the teen was living "with mental illness".

She tells the Daily Mail she suffered from anxiety and depression when Rosie and her ex-wife Kelli Carpenter split and divorced in 2007, but adds, "Putting out there that I am mentally ill was really hurtful.

"People think I'm this crazy person and as I've said, I have depression and bad anxiety but it's been something that's gotten a lot better. But these were personal things and I didn't want anyone to know them about me... I wouldn't say I'm mentally ill, I would say lots of people struggle with what I have."

And talking about her relationship with Sheerer, Chelsea adds, "I guess everyone is putting out there he's a bad guy from things that happened in the past but he's not. He supports me and I love him. He's not into anything bad now, he works hard."

The teenager tells the publication she wants to complete high school online and then move to Wisconsin, where her birth mother lives, with her boyfriend.