The English beauty announced her pregnancy via an Instagram snap on Thursday.

Rosie Huntington-Whiteley has revealed that she’s expecting her first baby with her partner, Jason Statham, taking to Instagram to take a cute pregnancy picture.

The 29 year old English model had her 49 year old actor boyfriend take the picture, of her posing on a beach in her bikini with her growing baby bump on prominent display.

Captioning the snap, Rosie wrote: “Very happy to share that Jason and I are expecting!! Lots of love Rosie x Photo by @jasonstatham.”

The couple, with a twenty-year age gap between them, have been dating since 2010, and announced their engagement in January 2016.

Devon-born Huntington-Whiteley, best known for being a model for Burberry and M&S among other big-name brands, had recently triggered rumours that she might be expecting her first child with another Instagram picture taken soon after the New Year.

Posting a pic of herself with her horses in a stable, and wearing a distinctly baggy shirt, she wrote back in early January: “Here’s to fresh starts and exciting prospects for the new year. Wishing everyone a happy and healthy 2017.” 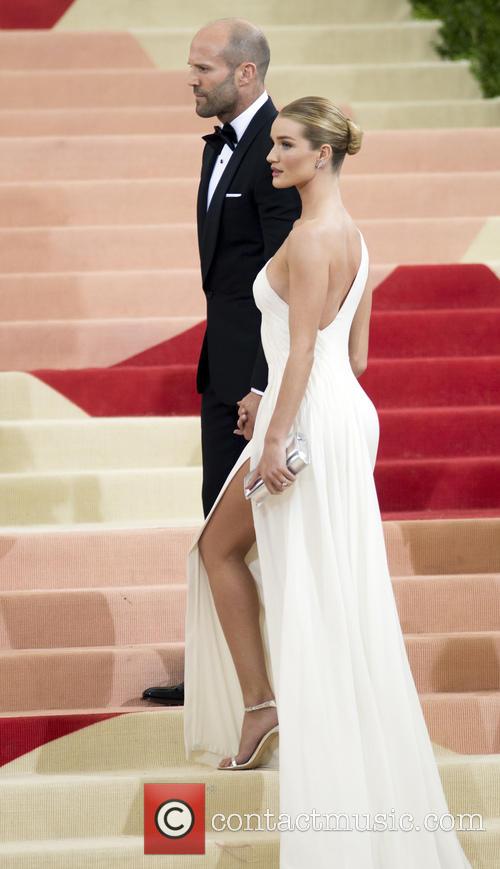 She’s previously spoken about the prospect of starting a family with Statham, telling The Edit back in 2015: “Having a family is something I think about for sure, and whether I'd live here in America or in England. But it's not always as simple as that. I have no idea what will happen, but it'll be interesting to find out, right? And nothing will be perfect, I'm sure.”

Last year, Huntington-Whiteley entered the highest echelons of the world’s top-earning models, earning an approximate £6.8 million and coming in joint fifth with Gigi Hadid in the annual Top 20 list compiled by Forbes.