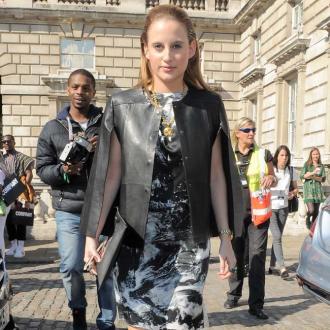 The 'Made In Chelsea' star - who recently unveiled her debut collection for Lipstick Boutique - thinks the 22-year-old supermodel would look ''amazing'' in her designs and would love to see her sporting some of the knitwear.

She told the London Evening Standard newspaper: ''I would love someone like Cara Delevingne to wear one of my shawls or capes, or one of my chunky knit jumpers.''

However, the brunette beauty, 24, insists you don't have to be a supermodel to look good in the line as there are pieces to suit everyone.

She told MailOnline: ''It's fashion-forward and super wearable.

''It's inspired by my own style and I've taken anecdotes from my clothes, so lots of tailored pieces mixed up with feminine looks - there's something for everyone.''

Rosie - who has appeared on the E4 reality TV show since it began in 2011 - confessed she has ''learnt a lot'' about her body after seeing herself on screen and admitted she feels ''proud'' that it has become such a success.

She said:''It's full of drama and fun... I am so proud and pleased that it's all going so well.

''I have learnt a lot about my body and what suits my shape. For example, I am pale so I would never wear neon.'' 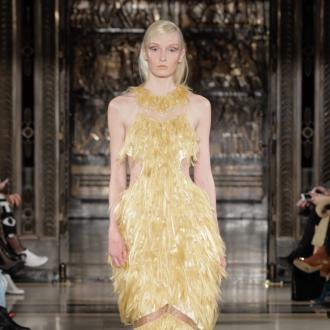