Rosemary Murphy, whose acting credits range from classic films to soap operas and recent movies, has passed away at her home in New York City at the age of 87 after being diagnosed with esophageal cancer. 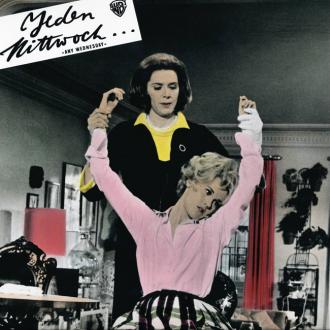 The Emmy award-winning actress, who is best known for appearing as Maudie Atkinson in 1962 classic film 'To Kill a Mockingbird' alongside Gregory Peck, died on Saturday (05.07.14) in New York City, her longtime agent Alan Willig told The Hollywood Reporter.

Murphy - who won her Emmy for portraying the mother of Franklin D. Roosevelt in 70s miniseries 'Eleanor and Franklin' passed away at her home in New York after recently being diagnosed with esophageal cancer (cancer of the oesophagus).

In addition to being awarded a gong for the original series she was also nominated for another Emmy for her work on the sequel 'Eleanor and Franklin: The White House Years'.

Murphy's acting career began on the stage and she was nominated for Tony awards for lead actress in a play or featured actress in a play three times, for 'Period of Adjustment' in 1961, 'Any Wednesday' in 1964 and 'A Delicate Balance' in 1967.

The German-born actress was also known for her work on soap operas 'All My Children' and 'Another World' and she made appearances in a number of popular series including 'Columbo', 'Magnum, P.I.', 'Murder, She Wrote', 'Law and Order' and 'Frasier'.

Murphy - who starred alongside a young Meryl Streep in 1977 film 'Julia' - most recently appeared in 2007's 'The Savages' with Philip Seymour Hoffman, 2009 horror film 'After.Life' alongside Christina Ricci and Liam Neeson and her final credit is for 2010's 'The Romantics', in which she played Grandma Hayes.

She leaves behind four children from her marriage to English actor Reginald Marsh, who passed away in 2001.