Former ‘Charmed’ actress Rose McGowan has voiced her concerns over a billboard promoting movie X-Men: Apocalypse which shows Jennifer Lawrence’s character Mystique in a chokehold. The image has already sparked outrage on social media and in New York one poster was covered in sticky notes which read: "This violence in my kid's face is not OK.” 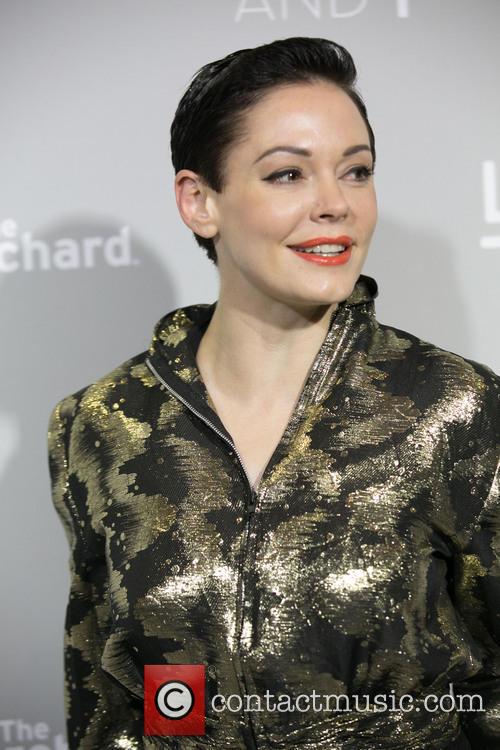 In a statement to The Hollywood Reporter, McGowan said: "There is a major problem when the men and women at 20th Century Fox think casual violence against women is the way to market a film. There is no context in the ad, just a woman getting strangled.”

“The fact that no one flagged this is offensive and frankly, stupid. The geniuses behind this, and I use that term lightly, need to to take a long hard look at the mirror and see how they are contributing to society.”

"I’ll close with a text my friend sent, a conversation with his daughter. It follows: ‘My daughter and I were just having a deep discussion on the brutality of that hideous X-Men poster yesterday. Her words: 'Dad, why is that monster man committing violence against a woman?' This from a 9-year-old. If she can see it, why can’t Fox?”

McGowan first spoke out about the poster on May 26th when she shared a Facebook post by a woman who also objected to the image. Along with showing Mystique being choked by villain Apocalypse, the poster also contains the tagline ‘Only the strong will survive’.

On Twitter members of the public have also criticised the billboard. ‘I really hate that the marketing for X-Men: Apocalypse is focused entirely around that shot of Apocalypse choking Mystique,’ wrote one user.

Another added: ‘Why is it that the main drawing point for the new X-Men movie is Apocalypse choking Mystique. Like, it was seriously on a billboard.’ As of the time of writing, studio Fox and movie producer Lauren Shuler Donner have not yet responded to McGowan’s statement.