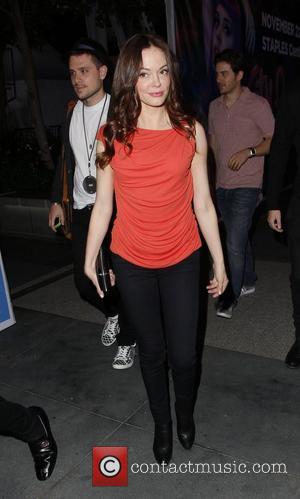 Actress Rose McGowan still shudders when she recalls the Italian hippie commune where she spent her childhood - because she can't imagine living life with a group of unwashed people today.
The star's parents were part of the Children of God cult when MCGowan was growing up and she was whisked off to Rome, where she'd sing hymns and religious songs on the streets for cash.
The Grindhouse actress can't imagine what her parents were thinking - and hates to be reminded of the time she spent in the commune.
She says, "I don't like stinky people around me. I don't like, generally, people around me... They were hippies for Jesus.
"My father ran the Italian chapter, if you will, so River Phoenix and Joaquin Phoenix (who were also child members of the cult), they were in Venezuela, in the jungles. I got Rome. I had to sing Jesus songs on the streets of Rome.
"We lived in farmhouses."
It all went sour for the young MCGowan when her family returned to the U.S.
She adds, "I landed from Rome in Oregon, a backwater town in Oregon."