Australian Actress Rose Byrne Is Expecting Her First Child With Actor Bobby Cannavale, According To Reports. 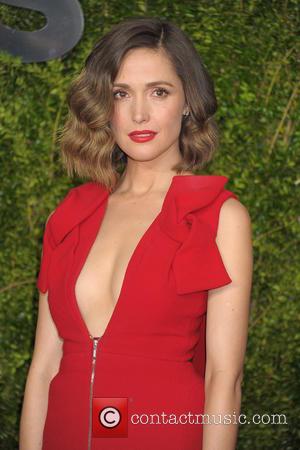 The Bridesmaids star, 36, was spotted at Los Angeles International Airport on Thursday (22Oct15) sporting what appeared to be a large baby bump under her plaid dress.

Rose and Bobby, who have not confirmed the news, began dating in 2012 and co-starred in films Adult Beginners, Annie and Spy.

Bobby, 45, already has a 10-year-old son named Jake from his marriage to screenwriter Jenny Lumet, who he split from in 2003.

The couple is notoriously private about their relationship, but the Boardwalk Empire actor confirmed their romance during his acceptance speech at the 2013 Emmy Awards by saying, "I want to thank the love of my life, Rose."