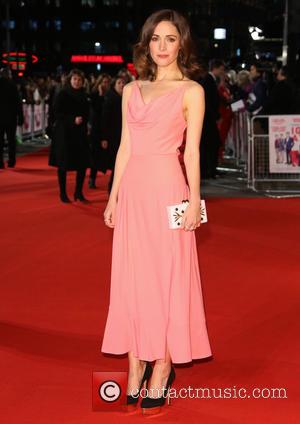 Bridesmaids star Rose Byrne discovered she is terrified of birds while shooting scenes with a dove for her new movie.

The actress appears in new rom-com I Give It a Year opposite Anna Faris, Minnie Driver and Simon Baker, whose character attempts to woo hers with a live bird.

Byrne admits filming with the creature was an awful experience, as she found out she suffers from ornithophobia - an irrational fear of birds.

Speaking at the movie's premiere in London on Thursday night (24Jan13), Byrne told reporters, "I was petrified. I was slightly unprepared, but I have a fear of birds, I discovered, and the scene, unfortunately, was hijacked by this fear. It was intense. It was like a weird acting exercise, where I had to focus on my objective while being completely physically overtaken. It was really weird."