The 35-year-old actress was also adopted at the age of 1 by her stepfather Greg Dawson.

Rosario Dawson is officially the latest Hollywood star to become a mother as she has reportedly adopted a 12-year-old girl, which the 35-year-old actress already knows quite a bit about as she was adopted by her stepfather Greg Dawson when she was 1. 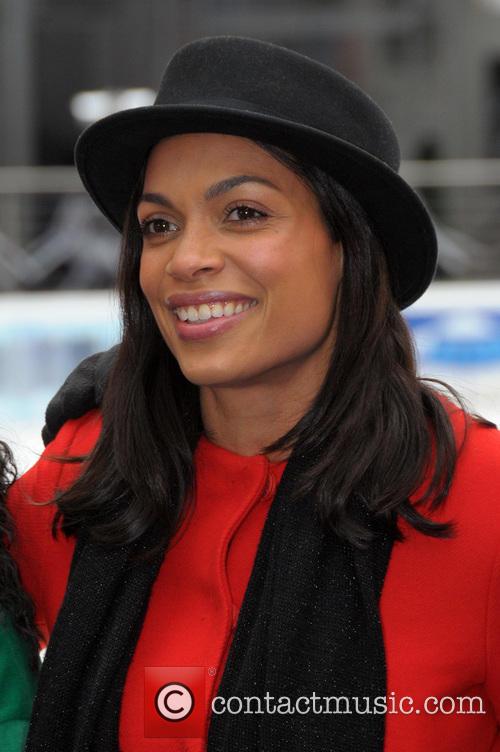 Dawson is now the mother to a 12-year-old girl

The first-time mother, who is currently single after splitting with director Danny Boyle last year, is apparently "over the moon" about adopting the girl, a source confirmed to E!News. "She has always wanted this."

Due to her own experiences with this process, Dawson has previously spoken out about her plans to adopt a child to Latina magazine back in 2008, so she is obviously going to be very happy about starting a life with the young girl.

"I always wanted to adopt kids 'cause my Dad adopted me," she told the magazine six years ago. "That idea has stayed in the back of my head, but lately, I've been thinking about it more. My mother and grandmother are extraordinary women, and they're getting older. It struck me recently that one day I might be sitting around with my children, going 'Your grandma was an amazing woman; I really wish you could've known her.' That makes me sad 'cause it would be a waste to not have these people know each other. Whatever time I have, I want it."

Dawson also admitted not knowing her biological father was never caused "a big void" in her life, mainly due to her close relationship with her adopted dad. "My dad started dating my mom when she was eight months pregnant with me," she said. "He was beautiful. I wanted to be him. I love my father, he is amazing to me. I was daddy's little girl growing up."

Congratulations to the new parent!