The British actress talks about starring in the intense drama alongside veteran actors Ben Affleck and Neil Patrick Harris.

British actress Rosamund Pike, a former 'Bond' girl, stars alongside Ben Affleck and Neil Patrick Harris in the upcoming thriller film 'Gone Girl,' and it is unsurprising to learn that shooting a twisted romantic tale was quite the challenge. 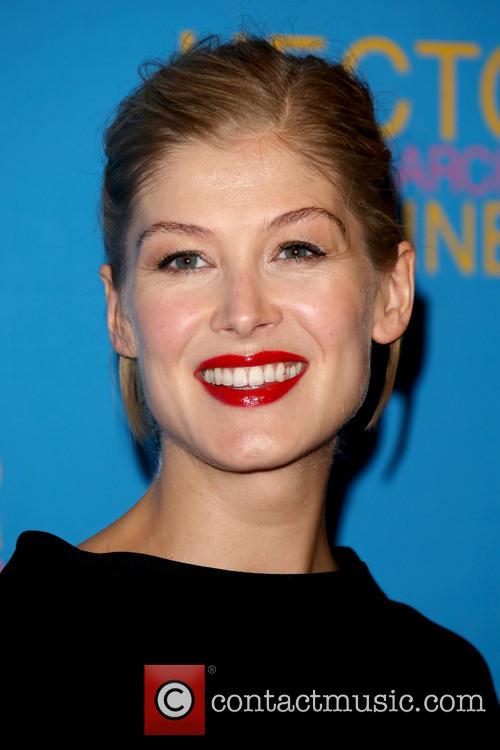 Pike portrays the female lead, Amy Dunne, in the adaptation of Gillian Flynn's 2012 novel of the same name, and while being interviewed by the author for the October issue of Glamour magazine, the 35 year-old actress recalled starring alongside two veteran actors, and their awkward sex scenes.

More: 'Gone Girl' Is Coming - But Did Ben Affleck Do It?

"Neil (who plays Amy's obsessed ex Desi) was incredible at that. We were in hysterics in the editing room. It was very funny doing [rehearsals for our sex] scene," Pike told Glamour. Adding that director David Fincher "left Neil and me alone on that set for like two hours to make sure we could do it. But when it's just two of you, basically kind of f---ing on a bed, it feels so inappropriate."

Pike also opened up about the playing such a suspenseful female role, and the emotions she felt when acting in such an intense storyline.

More: The First 'Gone Girl' Trailer is Weird And Different To Other Trailers

"Ben and I would have these scenes that were very giggly and sort of romantic. And then we'd go to this very dark place.. I tried to get us out of that," she said of Affleck, who plays Nick Dunne, her husband suspected of murder.

"There were definitely moments when I felt very uneasy with how much power Amy had," she continued. "And the interesting thing is, my reaction was to laugh, to get sort of uncontrollable giggles. That was the most curious part of playing her: At the point where she's at her most powerful, it unnerved something in me."

This issue of Glamour hits newsstands on September 16th, and 'Gone Girl' will hit theatres on October 3rd