Then aged 21 and trying out for 'Die Another Day', Pike refused to strip to her underwear unless she was given the part straight away.

Rosamund Pike has revealed that she was asked to strip to her underwear during auditions for her role in the James Bond film Die Another Day – and got the role by insisting they award it to her then and there.

The English star, 39, played the part of double agent Miranda Frost in the 2002 movie opposite Pierce Brosnan. However, Pike was asked by producers to strip to her underwear during casting, something that she flatly refused to do. It was a reaction the filmmakers admired, giving her the part on the spot.

“My first audition was for a Bond film and I remember them saying I was to drop my dress and appear in my underwear,” the Gone Girl star told Amazon’s Audible Sessions this week. 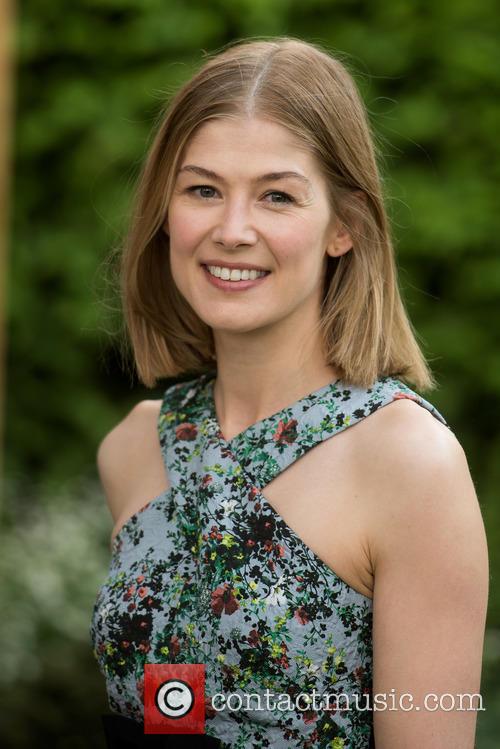 Rosamund Pike starred in the 2002 Bond film 'Die Another Day'

“On the day, I don’t know how I got the resolve and strength of mind, but I just thought ‘actually sod that, if they're gonna see me in my underwear, they better give me the job'. So, I thought, 'There's no way I'm going to take off a dress in the audition for this tape to be sent around Los Angeles and to be judged on that'.”

Pike was aged 21 at the time, and revealed that she was asked to turn up to the audition in an evening dress, selecting a silk gown once worn by her grandma.

“[The costume designer] said, 'That's a very beautiful dress, but in Bond films we wear things a little more like this', and she held up three pieces of string,” Pike continued in her recollection. “I realised I was in a completely different world and way out of my depth. So, I put on this shimmering sheath, or whatever the order of the day was, but I didn't drop it.”

On the more edifying side, Pike also said that she felt entirely safe during the audition thanks to the presence of Bond producer Barbara Broccoli, and admitted that her character was more well-written than that of many female characters in 007 films gone by.

More: If James Bond were a woman, she’d be any of these ladies [archive]