Bets are off as Skyfall's Rory Kinnear has reportedly been offered the role of the Doctor in BBC's Doctor Who, after current Doctor Matt Smith's role will come to end at Christmas this year.

Rory Kinnear, 35, has apparently been offered the titular role in BBC's long-running sci-fi drama Doctor Who,causing betting agents Ladbrokes to close down bets after an influx of bets caused his odds to rise to 2/1.

The Telegraph have stoked the flames of this most recent rumour, reporting that their insider DW source confirmed Kinnear has been offered the role and is quoted saying "he is the perfect choice" to follow current Doctor, Matt Smith - who is soon to retire.

Will Rory Kinnear Be The Next Doctor Who?

On film, Kinnear is most famous for his role as Bill Tanner - an MI6 agent - in the last two James Bond films (Quantum of Solace & Skyfall), alongside Ben Whishaw - fellow Bond and Richard II actor who was originally rumoured to have a shot at the role, with odds of 14/1.

Kinnear is a big player in Shakespearean theatrical stagings but the 35 year-old is relatively unknown to TV audiences, especially younger viewers.

With increasing calls for the next doctor to break the established trend by casting a female or black actor, Kinnear wouldn't be a controversial choice to commandeer the TARDIS.

However, Oxford-educated Kinnear certainly stands on a firm acting foundation, with several accolades to his name including The Evening Standard Drama Awards after proving himself in two lead roles in Shakespeare productions. His performance as Sir Dennis Thatcher in BBC's Thatcher biopic, 'The Long Walk To Finchley', was praised universally by critics.

Kinnear may not have been identified by the bookies in their list of odds (which included Rupert Grint, Russel Tovey and, um, David Beckham) but he is a name that hasn't come out of the blue: when he was first linked to the role back in April he denied the rumours which were beginning to circulate: "I think I'm being used as a decoy on that front," he said. "It's the first I've heard."

BBC producer Ed Stradling seemed to dampen rumours too, tweeting over the weekend: "Steven Moffat [DW writer] says this morning "I haven't a clue who it is, we've barely started." So no #doctorwho announcement this evening I fear!"

If anything is certain, the speculation will only become wilder until the BBC makes any official announcements ahead of the Christmas regeneration. For now, the identity of the new Who is a closely-guarded secret, still very much cloaked in mystery.

Do you think he'd fit Matt Smith's quirky and charismatic shoes? What will Rory bring to the most coveted role in UK television? Should the Doctor always be white and/or male? Share your views! 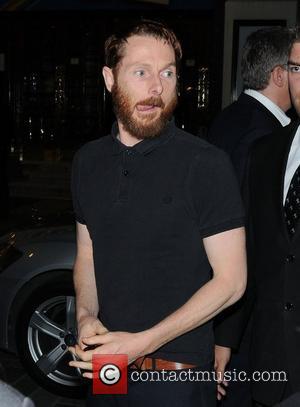