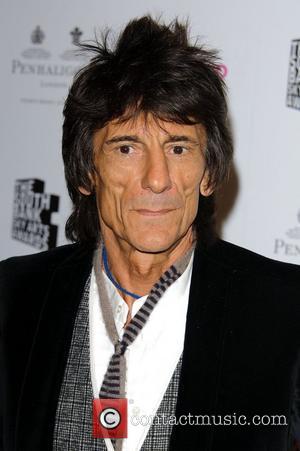 Rocker Ronnie Wood's marriage to wife JO is officially over - the former couple's divorce has been finalised.
The veteran guitarist married his long term partner in 1985, but they split in 2008, after his affair with young Russian waitress Ekaterina Ivanova was exposed in the press.
Former model Jo cited the star's admitted adultery as the reason for their break-up and was handed an estimated $10.4 million (£6.5 million) settlement.
Their divorce was finalised earlier this week (begs24Jan11) - but the rocker, who is now dating polo coach Ana Araujo, insists he is still on good terms with his ex-wife.
He says, "Yes, I'm a free man. I believe today is the day the divorce becomes final. I've been so busy.
"I'm going to meet Jo this week very amicably just to talk about 'You have this and I'll have that'. It's only material things. It's important that it's amicable and we're still great pals."