Ronnie Wood and Jimi Hendrix were once kicked out of the flat they shared because they failed to housetrain the Rolling Stones rocker's dog. 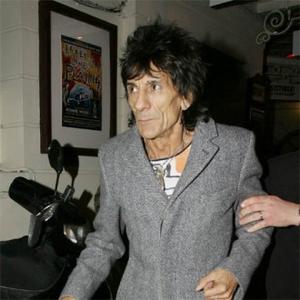 Ronnie Wood and Jimi Hendrix were thrown out of the flat they shared because of their dog.

The Rolling Stones rocker shared a flat with the legendary musician and friend Pat Arnold in London's Notting Hill but Pat asked them both to leave when they failed to house train Ronnie's pooch.

Ronnie explained: "I shared a flat with Jimi in Notting Hill Gate for a couple of weeks. He was quite a gentle flatmate. He gave me a dog - a basset hound called Loopy.

"We were living with Pat Arnold, who was the singer in The Ikettes but she threw me and Jimi out because the dog kept s***ting everywhere."

Although they only lived together for a few weeks, 63-year-old Ronnie still remembers the pair's impromptu jamming sessions in the flat and admits he was overawed by his late pal's prowess on guitar.

He recalled: "We did used to sit on the bed and exchange ideas on the guitar. He could flip it over and play equally well left or right-handed. Like Ronnie O'Sullivan with the snooker cue."