Ronnie Wood Stunned Music Fans At Folk-rocker James Bay's Gig In London On Wednesday Night (30sep15), When He Joined The Singer/songwriter Onstage At The Brixton Academy For A Cover Of His Old Band The Faces' (You Know) I'm Losing You. 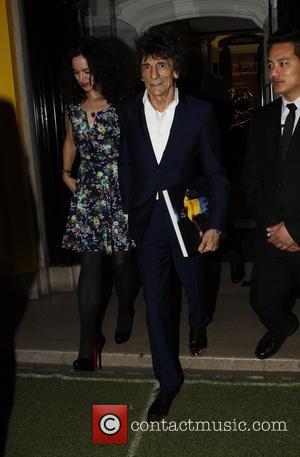 The Rolling Stones star, who recently performed with Faces bandmates Rod Stewart and Kenney Jones at a charity gig in Surrey, England, jumped at the chance to be part of the show after revealing he's a big fan of Bay's music.

The singer tells Rolling Stone magazine, "It's been a mad few weeks. Back at the beginning of September, Ronnie presented me with an award... so I was lucky enough to meet and get to hang with him... that night.

"Later on, Ronnie and I got talking, and he'd asked what I was up to, etc. I'd been telling everyone how excited I was about my three nights coming up at Brixton Academy. Next thing I know, all caught up in the moment, the question just jumped out, 'Would you be up for joining me onstage?' He said he'd totally be up for it. And that was that."

Wood's Stones bandmate Keith Richards is also a fan - he recently told The Quietus, "Ed Sheeran is really interesting to me ... And James Bay."