He welcomes his fifth and sixth children into the world with Sally Humphreys.

Veteran rockstar Ronnie Wood has once again proved that you're never too old for anything as he becomes a father at 68-years-old to 'perfect' twin girls with his wife of four years Sally Humphreys. And gosh, they couldn't have picked cuter baby names than these! 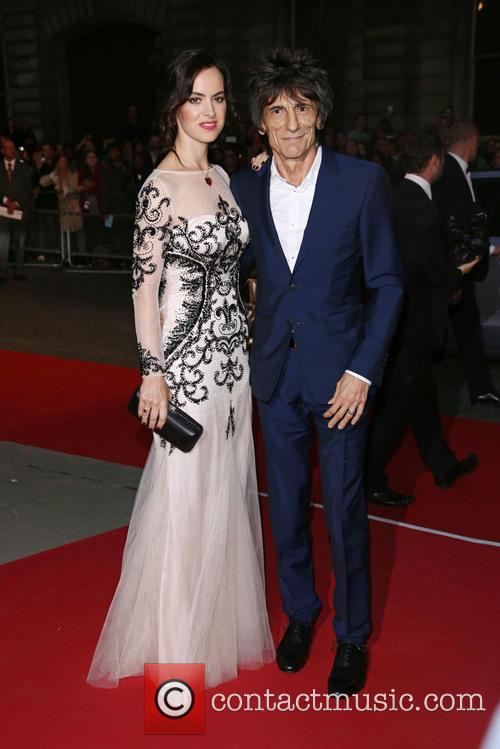 Ronnie Wood has become a father again after Sally Humphreys gave birth to twins on Monday night (May 30th 2016). Wood already has four other children - Jesse, 39, with first wife Krissy Findlay; and Leah, 37, and Tyrone, 32, with Jo Wood as well as their adopted son Jamie, 41 - but these two girls are his first with Humphreys.

'Ronnie and Sally Wood are delighted to announce the birth of their twins Gracie Jane (6lb) and Alice Rose (5.7lb)', a statement to Hello! read. 'The girls arrived on 30th May at 10.30pm and all are doing brilliantly. The babies are perfect.'

They've actually arrived in good time too, as Wood has only just come back from Cuba where he was performing with bandmates Mick Jagger, Keith Richards and Charlie Watts. Adorably, he recently revealed to Hello! Magazine what the other rockers thought about his situation. 'The Rolling Stones are all thrilled', he said. 'Keith loves kids, so he's excited, and Mick keeps telling me to give him a year and then he'll be our nanny so now we're calling him 'Nanny Mick'.'

The Rolling Stones rocker married Humphreys, who is 30 years his junior, in December 2012 having known each other for almost 10 years. They were dating just 6 months before their wedding and announced in December last year that they were expecting twins.

Wood has not been quiet about his excitement in recent weeks either. 'I'm getting excited about the arrival of my twin girls sometime in the next few weeks', he said on Twitter.