Ronnie Wood has confirmed The Rolling Stones will go back into the studio later this month and ''throw some ideas around''. 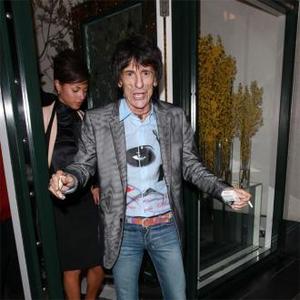 Ronnie Wood has confirmed The Rolling Stones will go back into the studio later this month.

The 64-year-old guitarist revealed the band - who are preparing to celebrate this year's 50th anniversary in 2013 - are going to ''throw some ideas around'' in the studio and he described the process as ''going into training'' like athletes ahead of the London 2012 Olympics.

The group - who are also made up of singer Sir Mick Jagger, lead guitarist Keith Richards and drummer Charlie Watts - had previously looked set to reunite for a 50th anniversary tour later this year, but last month they admitted next year would be a ''more realistic'' date.