Ronda Rousey is just the most perfect human being ever created.

Ronda Rousey has just made us love her a little more by endorsing democratic socialist candidate Bernie Sanders for the upcoming presidential election. Her reason? Because he doesn't take any corporate money to fund his campaign. This UFC legend is all for the underdog.

Ronda Rousey gears up for her upcoming fight

Not only that, but she's a strong supporter of third parties, having supported comedienne Roseanne Barr in 2012, hoping that the country will one day start taking those candidates seriously. She genuinely cares about people; which is quite remarkable given her formidable nature in the ring. Here's ten more reasons why the fighting champion is just plain awesome.

1. She's badass - This hardly needs to be said, but Ronda Rousey was the first UFC Women's Bantamweight Champion (actually, she's the first woman ever to sign with UFC) with an impressive personal best; well known for her trademark armbar, her early MMA fights rarely lasted more than a minute, and she's making a regular point of going hard and fast in her UFC matches too. She broke the record for the shortest match in UFC championship history by defeating Cat Zingano in 14 seconds earlier this year.

2. She's a role model - Vin Diesel revealed in October 2015 that Rousey was currently teaching his 7-year-old daughter Hania Riley judo, determined to do everything he can to protect her from the cruelties of the world. If anyone's going to teach you how to spurn unwanted male advances, you want Auntie Ronda to do it. Hania is currently an orange belt in judo.

More: Hania learns from the best...

3. She's beautiful - Again, it goes without saying. She's been criticized for her size in the past, but she has the muscle definition any woman would die for and her healthy lifestyle is encouraging. Her cascade of blonde locks, winning smile and sensational curves render any criticisms nowadays as utterly stupid. 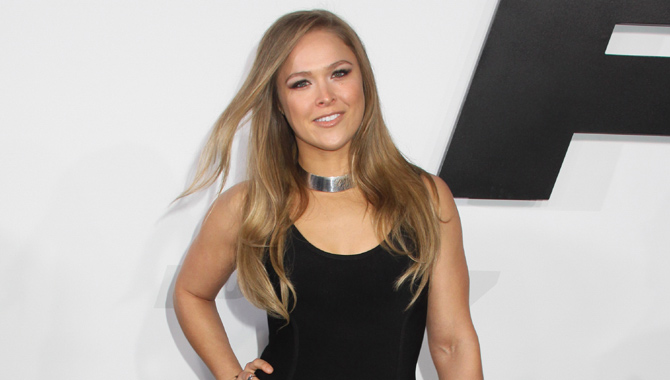 Ronda takes criticism on the chin these days

4. She can act - Fans can see even more of Ronda Rousey since she has begun to appear in movies. She's already had acting roles in 'The Expendables 3' and 'Fast & Furious 7', not to mention playing herself in 'Entourage', and she's also been announced to star in the upcoming adaptation of 1989's 'Road House'. She will also appear alongside Mark Wahlberg in 'Mile 22'.

5. She represents career goals for women - Rousey is actually the UFC's highest paid fighter, including both males and females. Fighting has always been considered a male-dominated sport, so it's amazing to see her showing that women should never be paid less than a man for the same job. Of course, it's the UFC we should be praising for this, but Rousey represents a beacon of hope to all working women - particularly in the entertainment industry.

6. She's a feminist - Not only is she an icon for feminism, Rousey also identifies as a 'feminist'; something that many people, even if they strongly support matters of equality, are reluctant to do. Emma Watson would be so proud.

7. She's sassy - This woman's shade game is on point. Having been influenced by professional wrestling and boxing her whole life, she decided to bring a little trash-talking to women's fighting, which means that Rousey burns just as well with her mouth as with her arm. It was a smart move too, it makes things a lot more entertaining and certainly livens up the promotional campaigns.

8. She's respectful - People have always been tempted to nickname her Rowdy - it's just so appropriate. However, she was reluctant to accept the name for a long time out of pure respect for the wrestler 'Rowdy' Roddy Piper. However, she later met him and, before his death, he gave his approval of her new name. She then decided to dedicate her UFC 190 win to Piper himself.

9. She's a massive geek - After fighting, her biggest passion is Pokémon. Yep, you read that right. She started collecting the trading cards (her first was Dragonair) before getting the Gameboy Color video game and playing them all obsessively. She also loves Dragon Ball Z and is an avid player of World of Warcraft.

10. She's charitable - Earlier this year she auctioned off a bunch of signed T-shirts with the money all going to the Black Jaguar White Tiger Foundation. It's their goal to rescue big cats from circuses and zoos where they're being mistreated and place them in a caring environment. She also went to Armenia to pay her respects at the 100th anniversary of the Armenian Genocide by visiting the memorial in Yerevan. 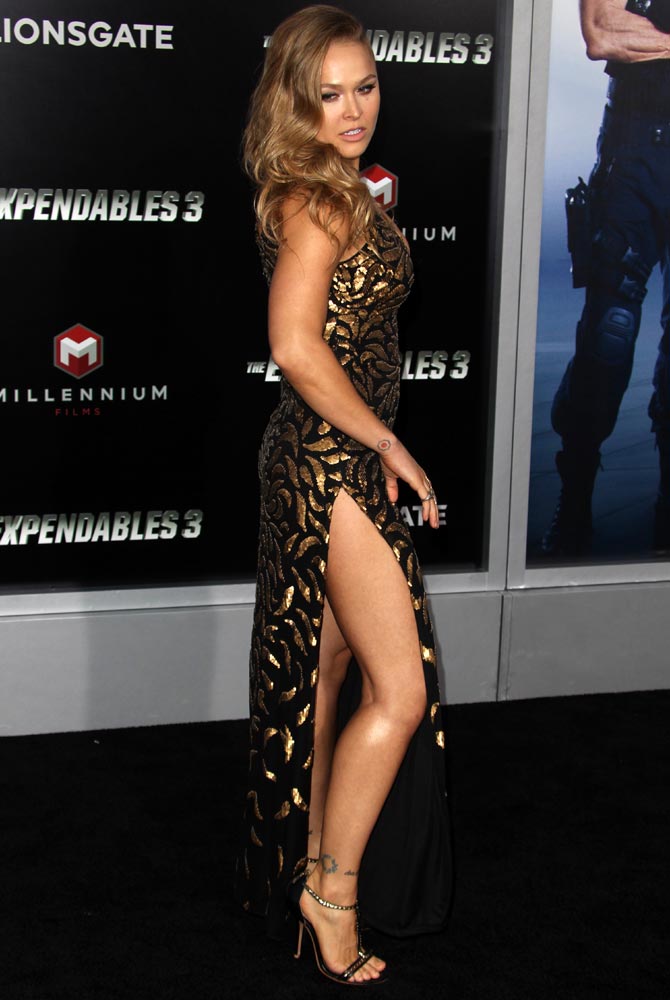 Rousey is a self-confessed feminist