Rousey makes no excuses for her Holm loss.

It truly shook the sporting world when Ronda Rousey was ruthlessly beaten for the first time ever by Holly Holm back in November 2015 at UFC 193. Rousey was visibly shaken by the defeat, but she has bounced back stronger than ever and has a few wise words to say about her ordeal. 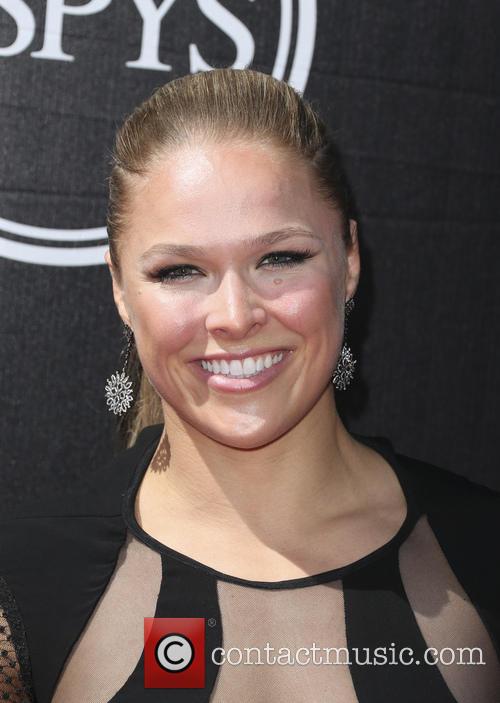 The legendary former UFC Women's Bantamweight Champion spoke on 'The Ellen Degeneres Show' about the fight recently, admitting that the harsh loss of her title and undefeated streak left her feeling suicidal - not to mention very disorientated.

'I was in the medical room and I was sitting in the corner and I was like, 'What am I anymore if I'm not this?' I was literally sitting there thinking about killing myself in that exact second', she confessed for the first time. 'I'm like, 'I'm nothing, what do I do anymore?' and 'No-one gives a sh*t about me anymore without this'.' However, it wasn't long before she managed to shake herself out of it, because she knew her boyfriend Travis Browne had her back. 'I looked up at him and I was just like, 'I need to have his babies. I need to stay alive'', she said.

The physical injury appeared to be less of an issue for Rowsey, who admitted that she was knocked for six in the first punch. 'I cut open my whole mouth and I knocked my teeth loose', she said. 'I felt like I couldn't see, like, I could see but I couldn't tell how far my hand was from my face or how far she was from me.'

More: Why we love Ronda Rousey

But while it only took her until the next morning for her concussion to settle, it's taken a few months for her to really come to terms with her first loss. 'Maybe just winning all the time isn't what's best for everybody', she explained. 'I really do believe I'm still undefeated because being defeated is a choice. Everybody has losses in their life but I choose to always be undefeated.'

Despite choosing to be undefeated, however, she admits that she still wants a re-match with Holm. 'Of course, I want to fight Holly and beat her and make everything right again', she said. Rousey may have to wait some time before she can get back in the ring with Holly, however, even now that her medical suspension has been lifted. The fight schedule seems fully booked up until the summer, but it's definitely been toted as a big money fight.