In 1980, a group of six armed terrorists storm the Iranian embassy in London, taking no less than 26 innocent people hostage. What none of them could foresee is that this would turn into an almost week-long battle between the gunmen and a team of SAS soldiers, as the latter try to navigate the 6 floor, 30 room fortress in a bid to take down the attackers who are demanding the release of prisoners in the Khuzestan Province. It's Prime Minister Margaret Thatcher's chance to publicly show her country how she deals with terrorist attacks and so a BBC news crew documents the entire debacle from the streets outside. Tragically, soldiers were not able to secure the safe release of all the hostages and two of them perished, along with five of the six terrorists.

Vlad III Tepes is the Prince of Wallachia and a warrior with a fearsome reputation. Thought of by many as a hero with the ability to defeat armies of men, and by others as a powerful and often cruel adversary, Vlad is facing a huge challenge. Sultan Mehmed II is preparing for battle and he needs a thousand young boys to join his army, and thus Vlad's son is being dragged into the conflict. Determined to protect his family, he sets out to find a way to protect his people single-handedly, so that no children must face the dangers of war. It's then he comes across a dark beast with the power to transform him, and he becomes Dracula; an immortal, blood-drinking demon with the ability to morph into a bat and defend whole cities of civilians. Unfortunately, few are welcoming of his new form and it seems that even those he is striving to protect will turn against him.

P.L. Travers was an Australian author who, in the early sixties, went into negotiations with Walt Disney over the rights of her novels surrounding the character Mary Poppins. It was eventually released on the big screen and won five Oscars, though its production was not without its conflicts. Travers' initial aversion to Hollywood didn't help matters, and she was unnerved by the idea that Disney might turn her beloved character into a prancing, dancing, twinkling fairy godmother. However, when Disney began to understand that Mary Poppins' place in the story was less about the children and more about their father - and, in effect, her own father on whom she based him on - the pair began to bond better and Travers was finally willing to unleash her story onto the world.

'Saving Mr. Banks' is the story of how 'Mary Poppins' was put to film in 1964 by Walt Disney, thirty years after P.L. Travers began writing about her. It is about the conflicts between Travers and Disney and Travers own struggles with her personal life when we discover just how true to life the story really was. It has been directed by John Lee Hancock ('Snow White and the Huntsman', 'A Perfect World', 'The Blind Side') and written by Kelly Marcel ('Terra Nova') and Sue Smith ('My Brother Jack', 'Peaches') and it is set to hit UK cinemas on January 17th 2014. 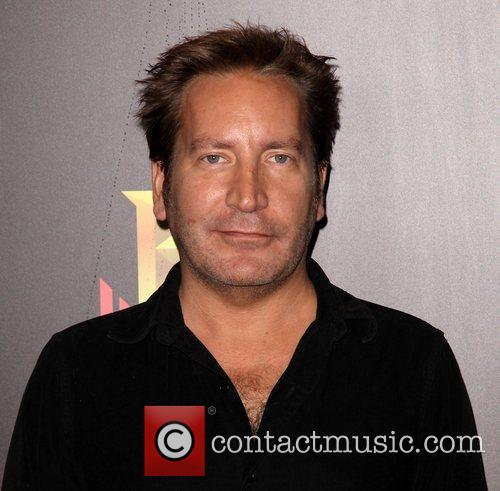 Shadow Of The Vampire Review

Part homage to one of cinema's best-known silent films, part winkingly nebulous black comedy, and part old-school horror flick, "Shadow of the Vampire" is a crafty "what if" fictionalization of the making of "Nosferatu," the world's first vampire movie.

The film stars John Malkovich as F.W. Murnau, the classic picture's legendarily obsessive director who is willing to go to any lengths to capture genuine terror from his cast -- even if it means hiring a real vampire to play the lead, promising the undead "actor" the neck of his leading lady when the picture wraps.

Enter Willem Dafoe in a performance of a lifetime as Max Schreck -- the method actor who never appeared to the cast and crew out of character (or out of make-up, or during daylight) the whole time "Nosferatu" was being made on location at a foreboding castle in Bavaria, circa 1922.

Shadow Of The Vampire Movie Review